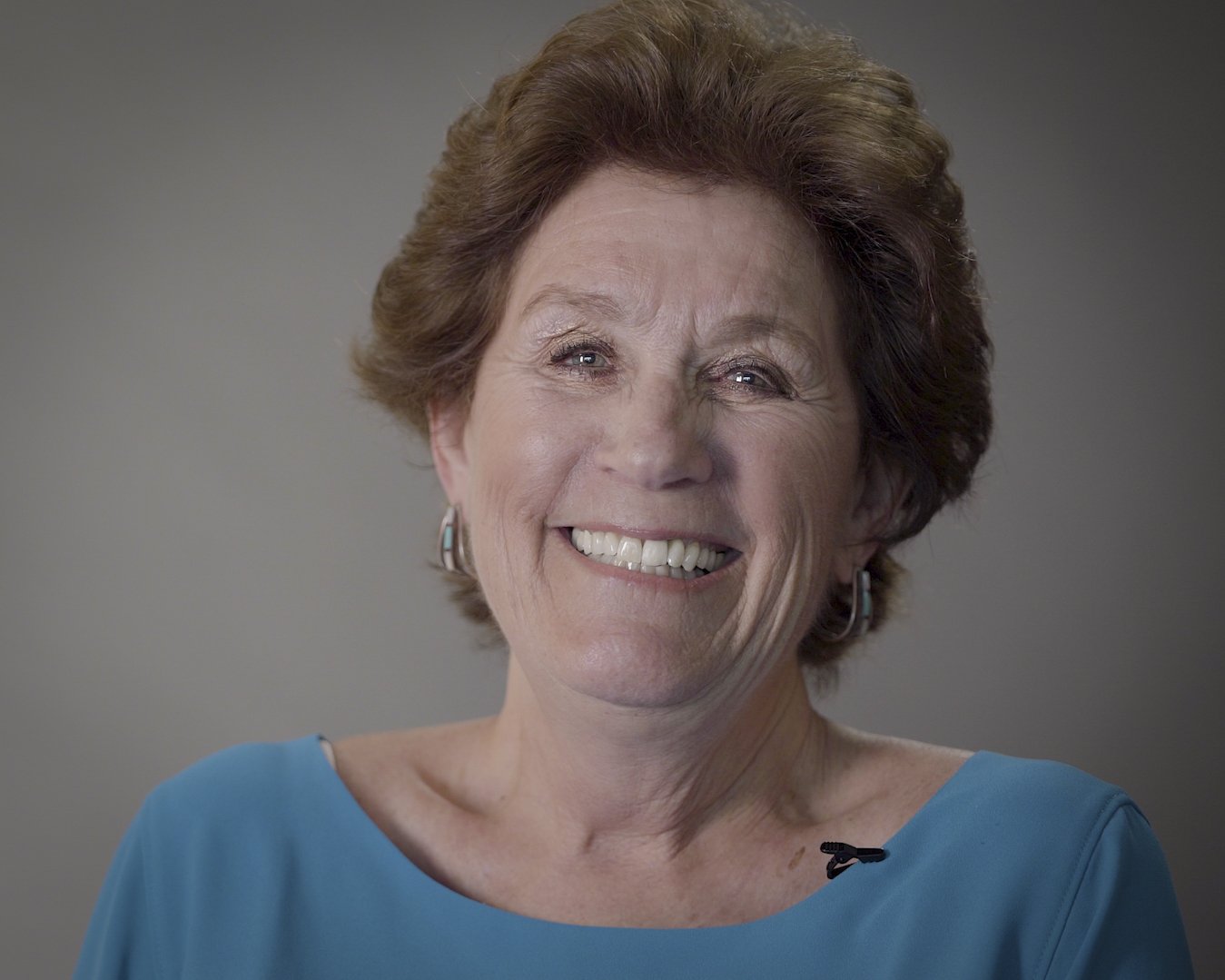 Amy Lewis Reisch has had a long career dedicated to equity, civil rights, peace, and justice; these principles have been unifying themes in her life and her work.  On the West coast, East coast and back again, Amy served most recently as the executive director of First 5 Marin Children and Families Commission, dedicating nearly 20 years to building a small public agency that has had tremendous, lasting impact as a funder, convener, and community partner.

Amy’s commitment to equity and justice stems in large part from the example set by her parents who fought for social justice, equity, and peace all their lives.  Amy was born in 1949 to Harold and Celia Lewis in Omaha, Nebraska.  Her father was a social worker with The Health and Welfare Council of Omaha (precursor to The United Way) but went on to spend most of his career as a professor; he was Dean of  the Hunter College School of Social Work for 20 years.  Her mother was assistant editor of the Phi Beta Kappa magazine, “The American Scholar,” at age 21, and had an active career in education, prison reform, employment counseling, and refugee resettlement.  They were both deeply committed to principles of justice and equity, and to the dignity and worth of every human being.  But more importantly, they didn’t just profess those values, they lived them.

Beginning in 1959, Amy’s parents sent her and her sister Beth to a progressive summer camp in the Catskills, called Camp Woodland.  Staff and campers were diverse in race, religion, ethnicity, and economic status.  Musical entertainment and instruction was offered by Pete Seeger, Bessie Jones, Olatunji, and Abel Meeropol (Lewis Allen), who wrote “Strange Fruit”.  Political discussions were led by members of the first group of Freedom Riders.  There Amy experienced what commitment to dignity, justice, equity, compassion, and inclusion actually looked and felt like.  It was transformative.

After graduating high school in Philadelphia, Amy earned her BA in Sociology in three years at The University of Pennsylvania in 1969; she then followed her family to Palo Alto where her father was a fellow at Stanford University’s Center for the Advanced Study of Behavioral Sciences.  Amy took a job with Pacific Telephone and Telegraph, where she worked to organize the women telephone operators to demand equal participation in the Union, to fight for higher wages, and for better working conditions.  She also continued to protest the Vietnam War through marches, teach-ins and protests, and to fight for racial justice, working with the Brown Berets and the Black Panthers.  [This was not a big jump for someone who had joined the Congress of Racial Equity (CORE) at age 12 and volunteered with the Student Non-Violent Coordinating Committee (SNCC) in high school.]

After earning her MSW from the Hunter School of Social Work in 1974, she worked in a methadone maintenance clinic in East Harlem.  Amy left this position when her older daughter, Jennifer, was born and her husband took a job at the State University of New York (SUNY) at Stonybrook.  There she was the Chief Psychiatric Social Worker at a community hospital until the birth of her younger daughter, Nikki.

Amy was next appointed as the Director of a peer counseling program at SUNY Stonybrook.  Her activism was still an important part of her life; she fought the building of a nuclear power plant on the Long Island shore and protested the US activity in Central America.  After the family move to Maryland, Amy served as the Executive Director of the Family Life Center, which provided counseling and mental health services.  While there, she was also the President of Howard County Association of Community Services, an advocacy organization for the non-profit sector, and helped found and chaired Howard County Community Partnerships, a coalition of Untied Way, business, public and foundation funders, which coordinated the funding for various non-profits in the county, eliminating duplication and conflicting requirements, and working toward shared outcomes.  She also served on the statewide Low Income Housing Task Force, which advocated for improved low-income housing policy in the state.

Back in California, Amy first served as the Director of the Peninsula Branch of Jewish Family and Children Services (JFCS), and then briefly at the Sexual Assault Center of Marin.

From 1988 to 1994, Amy was proud to be selected as the Executive Director of the YWCA of San Francisco/Marin/San Mateo.  She was thrilled that her education and past experiences had led her to an organization committed to ending racism and empowering women.  Two YWCA programs she was most proud of were those supporting teen girls in the Mission and the Western Addition—with mentoring, job skills, life coaching, leadership development as well as fun peer activities.  While at the YWCA, Amy served on the board of United Way of the Bay Area, the executive committee of the Northern California Coalition for Civil Rights, and the Come into the Sun Coalition (working for the rights, and to meet the needs, of girls in/or having been in the juvenile justice system).

Returning to Philadelphia at the end of 1995, Amy served as the Co-Director of FOCUS on Women’s Health at the University of Pennsylvania.  While there, she started a mentoring program for women clinical faculty at the medical school and worked on a project with community leaders to improve health services for women (in the largely African-American community of West Philadelphia).

After a final move back to Marin, Amy was selected to serve as the first Executive Director of the newly-created First 5 Marin Children and Families Commission.  Created by a state ballot initiative in November 1998, the First 5 system directs tobacco tax revenues to counties for investment in young children ages 0 to 5 and their families.  Amy worked with a nine-member commission to develop a strategic plan and establish priorities for improving children’s health, school readiness and family support throughout Marin County.

Through personal leadership, the development of community partnerships, and with the support of a visionary commission, Amy promoted community engagement and built consensus for programs to benefit children living in poverty, children without healthcare, and children lacking childcare and preschool.  Under Amy’s guidance, recognizing that spending resources on ongoing projects would just consume funding without making change, First 5 Marin focused on investments that were sustainable.

Much of the early focus was on community-based funding that addressed local needs prioritized by local leaders in early childhood education, healthcare, and family services.  This approach directed First 5 Marin’s investments to projects that had widespread buy-in and commitments for follow-up.

Two examples of successful, systems-changing projects at First 5 Marin were The Children’s Oral Health Project and MarinKids.  The Children’s Oral Health Project, which provided dental screenings and documented the lack of dental care and dental providers for low-income young children, provided the evidence needed for what became a significant investment in dental services for children by the County and Marin Community Clinics.  MarinKids was envisioned as a voice for and commitment to children of all ages in Marin County through advocacy and strategic funding.  A broad coalition of stakeholders developed a vision and an action plan.  This became the backbone of Measure A, an effort which would have established a dedicated funding stream for children and youth in Marin County; that measure was narrowly defeated in November 2016.

Amy also supported First 5 Marin’s role as a convener through the development of the Marin Communications Forum.  These monthly gatherings bring speakers and presentations to inform and inspire those serving children and families in Marin County, at no cost to participants.

Over the years, Amy has also built strong working partnerships with the County of Marin and with the Marin Community Foundation, establishing this triad as major co-funders of critical projects in the county as well as thought-leaders, conveners, and problem-solvers.

In addition to her local commitments, Amy also served on First 5’s Bay Area Regional Executive Director group and on the executive committee of the First 5 Association of California.  Her colleagues admired her early commitment to outreach and advocacy to promote the structural changes needed to advance equity.

Having built a purposeful and impactful organization at First 5 Marin, Amy Reisch will retire knowing that her leadership was instrumental in fostering a more collaborative, inclusive. and sustainable approach to service delivery.  With minimal staff and a declining budget, Amy ensured that First 5 revenues would fund meaningful change and that the commission will continue to make a difference in the lives of young children and their families.

Amy looks forward to continuing to learn, grow and keep up the fight for justice and equity for all.