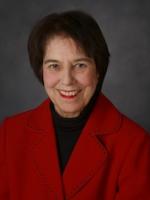 Angeles Arrien was a cultural anthropologist, award-winning author, educator and consultant to many organizations and businesses. Raised biculturally and first generation of a Basque immigrant family from the Pyrenees mountains of Spain, Angeles discovered a deep interest in teaching and in learning about other cultures as a young girl, because of her own bicultural experience. With family in both the Basque communities of Idaho and Spain, she eventually pursued her interests in diverse cultures and international work through an advanced degree in Anthropology and Folklore at UC Berkeley. This allowed her to learn about cross-cultural and indigenous traditions, and to explore the commonalities of Perrenial Wisdoms encompassing spiritual and religious traditions, societal mores and universal values.

As a young woman travelling around the world as part of her studies, teaching and research, Angeles developed a lifelong commitment to finding the common ground between people and communities. She felt it was important to bridge differences and optimize the creative opportunities and points of unity found in diversity, by revealing the “universal wisdoms” that transcend culture, history or family conditioning. Angeles remained committed for over forty-five years to the pursuit of these universal and perennial wisdoms, disseminating them through her national and international work in a sustainable manner so they would be preserved for generations of the future. Her lectures, courses and writings bridge cultural anthropology, psychology, comparative religions, conflict resolution and mediation skills.

She wrote seven books, which have been translated into thirteen languages. Her award-winning books include: The Signs of Life (Winner of the 1993 Benjamin Franklin Award) and The Second Half of Life: Opening the Eight Gates of Wisdom (Winner of the 2007 Nautilus Award for Best book on Ageing.) Angeles is most known for her book The Four-Fold Way: Walking the Paths of the Warrior, Healer, Teacher and Visionary, from which her programs, keynotes and workshops draw most extensively to enhance the personal and professional development of others. Through her Four-Fold Way programs and lifelong love of nature, she has provided three-day, three-night solo wilderness experiences for over 6,000 people of all ages.

Angeles taught in the University of California system at Berkeley, Los Angeles, Irvine, Davis, Santa Cruz and San Francisco. She was an associate professor at three Bay Area graduate schools, the California Institute of Integral Studies (CIIS), John F. Kennedy University and the Institute of Transpersonal Psychology. While at CIIS, she co-designed and implemented the Social and Cultural Anthropology Doctoral program, and received their Distinguished Teaching Award. After 1988, she received three honorary doctorate degrees in Philosophy, Transpersonal Education and a Doctorate of Divinity. For many years, she was an international advisor and Fellow at the Institute of Noetic Sciences. She was a core faculty with the End-of-Life Counselor Training (EOL) program sponsored by the Metta Institute, which trains and supports professionals who wish to work in the field of hospice and palliative care in a compassionate way.

Angeles was also the Founder and President of the Foundation for Cross-Cultural Education and Research. The Foundation supports the preservation of cultural heritage of Indigenous Traditions worldwide, and sponsors multi-cultural bridging and collaborative projects between countries, professions, generations and faiths. Additionally, it honors international elders as invaluable mentors and wisdom-keepers, fosters the development of emerging youth leaders worldwide, and supports environmental sustainability through the conservation of heritage seeds and reforestation, and has sponsored the development and dissemination of over 200 water wells in countries in need. The Foundation’s outreach has positively impacted people and communities in twenty-seven countries, and has provided over 400 scholarships worldwide to youth and elders.

Angeles Arrien’s work has been featured on CNN, and is currently used in medical, academic and corporate environments. Within the medical community, she consulted with the Institute for Health and Healing at the California Pacific Medical Center, the Kaiser Permanente Group, Sutter Community Hospitals and the American Association of Critical Care Nurses.

Angeles enjoyed living with her sister in a hundred-year-old house in nature-full Sonoma County. As vast as the depth and breadth of her expansive and far-reaching lifelong work, Angeles was best known for her personhood, depth of character, compassionate engagement, and skillful and astute communication abilities. She was a wonderful storyteller, with a delightful sense of humor and creative outlook on life, and was beloved by her students, colleagues, friends and family. She remained committed to walking the spiritual path with practical feet, and to making the world a better place by leaving a legacy of increased cultural and spiritual tolerance and understanding for generations of the future.