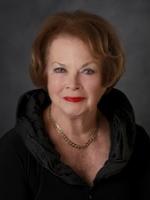 The Marin Women’s Hall of Fame honors Catherine Munson for her past efforts to preserve the Marin County Civic Center, acquire land for permanent open space and create the Point Reyes National Seashore.

Catherine Munson grew up in a little town in central Nebraska during the depression. Her childhood was simple, but she enjoyed an excellent basic education and an outstanding music education. This foundation gave her the tools for a rich and rewarding life. She graduated from the University of Nebraska with a double masters degree in microbiology and biochemistry. She met her first husband, Bill Munson, there. They lived in Chicago before moving to their dream city, San Francisco. When they purchased an Eichler home in Terra Linda it was the 200th house in this brand new community. They wanted to help shape the destiny of this new community, and they were also committed to public recreation in Terra Linda.

Catherine went to work for Joseph Eichler. She also worked with Caroline Livermore to raise money for construction, and physically worked to build Pixie Place at the Marin Art and Garden Center – the first preschool playground in Marin County. She was pivotally involved in preserving the Frank Lloyd Wright Civic Center, the acquisition of permanent open space and the Point Reyes National Park.

When Bill died in 1967, she continued working for Joseph Eichler and to support her three daughters. She formed Lucas Valley Properties in 1967, and directed this firm prosperously. Her daughter Shelley has been a principal for almost thirty years.

In 1975 she married Bud Sthymmel, her real estate mentor. They traveled the world (when not working intensely) and enjoyed great happiness with his three boys and her three girls.

Her real estate career includes developments such as Pacheco Valley, Sunrise Pointe and Quarry Mountain Estates, as well as five industrial condominium projects, McInnis Park Golf Center and various commercial projects. She was the premier representative of Eichler homes, having sold over 3,000 of these iconic midcentury modern residences.

She served on the Board of the Marin Symphony almost continuously since 1965, and endowed the concert master chair. She was treasurer of Wednesday Morning Dialogue for twenty years, and her service on the Frank Lloyd Wright Civic Center Conservancy and on the Marin History Museum Board also spanned twenty years.

A major focus was her role in founding the Marin Community Bank, later Business Bank of California, and she was vice chair of Alta Pacific Bank in Santa Rosa. Her interest in two philanthropies overshadowed all others, however. The first is Project Amigo, an educational project in Southwest Mexico. She served as president of the Board for ten years, and their efforts have resulted in twenty-six indigenous children being enrolled in the University of Colima, Mexico. Fifteen graduated, including two lawyers and one practicing physician. Started by many Marin County Rotary Clubs, there are over 300 children in the project, from preschool to graduate school.

Her second passion was for the Buck Institute for Age Research, where she was vice Chair of the Board. Devoted to basic research into causes of aging and to results that will extend the healthy life span, Catherine was an enthusiastic pillar of Marin County, involved in conservation, the arts and the preservation of Marin County’s history.