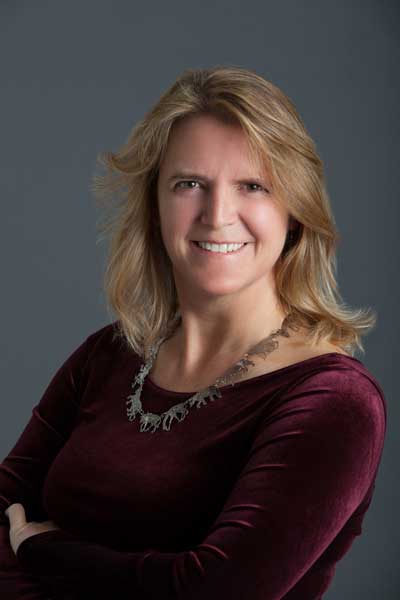 Cyane Dandridge is the founder and executive director of Strategic Energy Innovations (SEI), and the School of the Environmental Leadership (SEL). Throughout her 30 plus years of experience Cyane has seen the challenges communities face, such as lack of access to energy efficiency services, clean technology, and real-world sustainability pathways.

Cyane was born in Indiana, but soon moved to Richfield, Connecticut. Fast forward a few years and her family moved to California as her parents, Mildred and Thomas, both decided to go back to school – Mildred for child psychology and Thomas for entrepreneurship. Both of Cyane’s parents’ educational pathways would be very influential in her life. From an early age Mildred would take Cyane to her psychology studies where she was studying how brains work in addition to how children think and learn.

When the energy crisis hit in 1973, Cyane’s interest in environmentalism sparked. She still vividly recalls “The Crying Indian” commercial being broadcasted as part of the Keep America Beautiful Campaign. In her own house, they were doing everything they could to reduce energy. Around the same time, a teacher came to her public elementary school and started a school within a school that was focused on project-based learning. The kids ran their own restaurant through the school, and were even featured on Walter Cronkite’s show.

Cyane’s family moved again, this time to New York. Transitioning back to the traditional public school system proved to be challenging for Cyane after years of project-based learning curriculum. So she decided to do some research, discovered the Putney School, an all project-based learning school in Vermont, and applied. She received a music scholarship for the oboe and had an amazing experience. Cyane’s fondest memories of Putney include making maple syrup and building a passive solar cabin with recycled and reclaimed materials from the ground up. After Cyane graduated, she took a year off to work as a carpenter and save enough money to travel across Europe for a few months. When she came back, she started her undergraduate studies at Reed College where she focused on anthropology and physics, earning a BA in Physics and completing a thesis on “The Effect of the Sun on the Earth’s Atmosphere,” with a focus on solar panels. It was at Reed College that Cyane met her husband Ward.

After graduation, Cyane and Ward moved to New Zealand. While in New Zealand, Cyane ran a windsurfing school, worked on a farm, and bartended. It was in New Zealand that Ward would propose. They eventually moved back to the US and worked for Intel for a year, moved to Oregon for a short time, and finally moved to Cape Cod where they got married.

Cyane thought her next step would be to pursue writing and write a sci-fi novel. While writing her sci-fi novel, Cyane applied to MIT on a whim. Cyane was accepted into the M.S. in Building Technology program at MIT, and her pathway shifted from sci-fi novels to building energy efficiency. In the Building Technology program, there were four people, two of which were women. A one-to-one male-to-female ratio was quite rare and unheard of in any other MIT program. At MIT, Cyane worked on policy and technology for energy efficient office equipment that only one other group in the country was also working on. Through this work, Cyane began to engage and build relationships with the EPA and performed a lot of the original research for the Energy Star program. She even went to France for six months to work on her thesis and continue her policy and technology work. While finishing up her Masters and the projects she was working on while in France, her work became widely publicized and launched her career in the energy efficiency sector.

At the EPA Cyane worked on energy efficiency and the Energy Star program. Eventually she was ready for a change and she was hired to run a nonprofit back in California. This nonprofit worked with the Department of Energy’s Rebuild America Program and was focused on helping local communities engage in energy efficiency. Through this program, Cyane helped design one of the first small business energy efficiency programs. While this was a huge accomplishment, Cyane began to form a bigger vision. With their help, she secured the necessary funding to start Strategic Energy Innovations (SEI). At the time, Cyane was pregnant and envisioned these grant projects to be done by herself, a one-woman team. Before she knew it, SEI was taking off and the SEI team grew working on affordable housing, schools, and helping underserved communities to participate in energy efficiency.

SEI had been working since its inception in the school program sector, and added curriculum development after Cyane’s eldest son, Taren, wanted to do a community service project in the third grade. Taren wanted to make the school go solar and convinced his whole class to participate. While Taren was busy interviewing solar companies and getting his third grade team together to talk to the school board, Cyane was developing curriculum to educate students on the importance of protecting the Earth. This spurred SEI’s first published environmental curriculum, “Protect Your Climate,” and SEI has continued to develop more curriculum ever since and remain actively and deeply involved in the environmental education sector. The project also ended with the entire school district going solar!

Fast forward to Taren being a few years from high school, and Cyane was at a dinner party with her husband and friends and talking about her Putney high school experience. Cyane, Ward, and her friends decided then that they would start The School of Environmental Leadership, a school within a school model focused on project-based learning within a public high school. The flagship SEL is within Terra Linda High School and referred to as MarinSEL. In 2018, MarinSEL will be graduating its fourth class!

In the past 20 years, SEI has educated over 150,000 students, worked with over 100 affordable housing properties, eliminated over 100,000 tons of CO2, trained over 300 Fellows through Climate Corps, helped install 16MW of solar, and reduced 3.4M gallons of water.

As a pioneer in the environmental sustainability field, Cyane continues to be excited about the potential for our communities and youth to create an environmentally responsible world, and is proud of SEI’s and The SEL’s roles in these valuable and necessary endeavors.