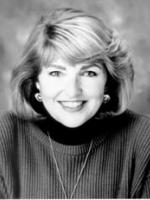 Dr. Hughes-Fulford’s work helped to prepare future crews for long stays in space, whether on a permanent space station, staffing an outpost on the moon or flying years-long missions to Mars. It also helped provide insight into medical disorders on earth, including hypertension, bone disease and heart failure.

Science has long been Dr. Hughes-Fulford’s chosen field of study. She entered college at age sixteen and majored in biology and chemistry, earning her doctorate in chemistry. Selected by NASA in 1983, she spent seven years training for the space flight, all the while continuing her career as a biochemist directing cellular research at the Veteran’s Affairs Medical Center in San Francisco.

Following the Spacelab mission, she served as Scientific Advisor to the Under Secretary of the Department of Veterans Affairs for three years. Today, as a Professor at the University of California Medical Center at San Francisco, in addition to her duties with the VA, Dr. Hughes-Fulford continues as a principal medical investigator for a number of projects, including the study of cancer with the VA and the regulation of bone growth with NASA.