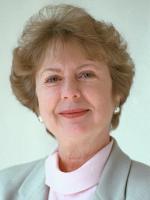 As President and Chief Executive Officer of the San Rafael Chamber of Commerce, Elissa helped establish the Marin Consortium for Workforce Housing and the Marin Workforce Housing Trust. She worked with Marin Vision to create the Marin Economic Commission and with the Marin Community Foundation to create opportunities for low-income minority representatives to attend the Leadership Institute. Elissa led the San Rafael Chamber to create the Excellence in Education Awards and was on the board of the Marin County School-to-Career Partnership, helping to create internships and real workplace experiences for Marin students. She was instrumental in creating the Alliance of North Bay Chambers and, under her guidance, the San Rafael Chamber became one of the strongest business organizations in Marin County and one of the top Chamber organizations in California. Elissa earned numerous awards during her tenure at the San Rafael Chamber, including Business Advocate of the Year in 2003 (awarded by the California Chamber), the North Bay Business Journal’s Women in Business Award in 2003, an award from Western Association of Chamber Executives for management excellence, and an Accredited Chamber Executive designation from the U.S. Chamber of Commerce. Elissa retired from the Chamber in 2005, after eighteen years of service, and worked for several more years as an independent consultant. Elissa remained active in Marin politics and community organizations until her passing, and most recently served as chairwoman of the Campaign Reform Committee of the League of Women Voters of Marin.

Elissa Giambastiani was born Elissa Diane Frillici on May 4, 1939 in Gilbert, Minnesota to parents Aldo Frillici and Elsie Salmela. Raised in Gilbert with her younger brother, Richard, Elissa attended Gilbert Elementary School and Gilbert High School. As a child Elissa learned music from her father, and was a talented singer and piano player in her youth. From 1957-1961 Elissa attended the University of Minnesota, Duluth (UMD) and earned a Bachelor of Arts degree in English/Speech Therapy. She was UMD’s 11th Homecoming Queen in 1958. While at UMD Elissa had the opportunity to be a guest conductor for the Sammy Kaye Orchestra. After college she worked in Gilbert as a teacher from 1961 to 1962 before accepting a teaching job with the U.S. Army in Germany. During her tenure Elissa took time to travel through Europe, reconnecting with Frillici cousins in Rome and with other friends abroad.

Upon her return in 1964, Elissa moved to San Francisco where she worked at Walter Landor & Associates, an industrial design firm, with offices aboard the docked ferry boat, “The Klamath” at Pier 5. There she met her future husband, Ronald A. Giambastiani, a San Rafael resident and widower with a twelve year-old daughter, Lisa, and a five year-old son, Kurt. Elissa and Ronald were married June 26, 1965 at Mission San Rafael Archangel and honeymooned in Puerto Vallarta. Elissa gave birth to twin boys, Mark and David, on September 8, 1966. While raising a family in San Rafael from the late 1960s to early 1980s, Elissa was active in local schools and worked part-time in various businesses. She started a home/office organization business with friend Sally Norton called “Get Organized,” and later served as an independent public relations consultant and marketing director for the Marin Ballet. Elissa then worked at the Social Action Research Center before joining the San Rafael Chamber of Commerce in 1987.

Elissa was active in many other community organizations throughout her life, including the Ecumenical Association for Housing and the San Rafael Rotary. In her free time she loved to sing and play piano. Elissa shared her love of music with her extended family and was a very patient and tolerant teacher. She was always an avid reader, loved to discuss politics, and enjoyed traveling and being outdoors. Elissa enjoyed cooking, sewing, interior decorating and restoring antique furniture. She loved the holiday season and, most of all, enjoyed spending time with her family. Elissa vacationed often with her family at Stinson Beach, Lake Tahoe and in the Sierra Nevadas. In the 1980s she and Ron purchased a house at Bodega Bay, where the family spent many weekends over the next ten years. She found the solitude of the beach refreshing and the slow, fireside pace at the house relaxing. In the 1990s she and Ron made two trips to Italy to reconnect with relatives on both sides of the family. Elissa studied Italian late in life to help improve communications with her Italian relatives.

Elissa Giambastiani died of cancer on Sunday, December 16, 2012 at the age of seventy-three.