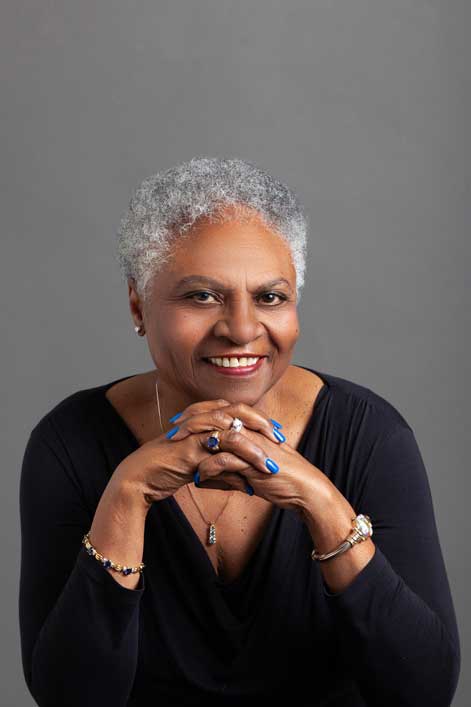 Born in Houston Texas to a family of educators and musical talent, has valued education as a fundamental necessity to achieving a vibrant quality of life. Fran White has dedicated her professional life to helping students experience educational achievement and student success. Currently retired from the College of Marin, as Superintendent/President emerita, Fran has continued her work in education as an educational consultant, and university lecturer in the Ed.D. educational leadership program at San Francisco State University. Additionally, she enjoys community service by supporting local clubs and organizations.  Fran is a Rotary International Paul Harris Fellow, and is a past president of the Rotary Club of San Rafael. She was a recipient of a (2007) Spirit of Marin Award for Non-profit Citizen of the Year; and, a previous winner in education (2009) for the North Bay Business Journal: Women in Business Award.

Due to her early exposure to classical music (her mother was a classical pianist), and gospel music (her father was a church pastor and Asst. Bishop), she sang and performed classical works and gospel music throughout her early years into young adulthood, later performing as a soloist and chorus member in a world famous gospel group as a young 20 year old.  Today, she enjoys and supports the performing arts in Marin and throughout the Bay Area.  She continues to enjoy performances from the San Francisco Symphony, opera, Marin Symphony, Marin Theater Company; and was a previous board chair of the Marin Symphony Board of Directors, now remaining a long-time supporter and donor.

Fran grew up in the late 40’s, 50s and early 60s when public education in Texas was segregated. She learned from all black schools and teachers until her family moved to Los Angeles in 1964. Although she was never happy about the move to California as a 17 year old, Fran soon appreciated the diversity of her new life and educational experiences.  Fran began her higher education at a community college in 1965, when the times were changing in America, and specifically in the Bay Area.  Later, she went on to attain a bachelor and master’s degree from Cal State Hayward (now Eastbay); and a Ph.D. from the University of California at Berkeley. Best of all, the move to California and her attendance at Merritt College provided the opportunity to meet her future husband, and also acquire an appreciation and love for jazz, now one of her greatest enjoyments. As a parent and grandparent, she emphasizes the importance of educational attainment, finding purpose and meaning in life, and helping others.  Being the eldest of six girls, helping others became an expectation in her family, along with early leadership training.

Fran White is best known for her leadership skills and administrative excellence in the community colleges statewide and nationally. She has received numerous awards during her teaching and administrative career. Upon her retirement in 2010, Fran had been a faculty member and administrator for 38 years in the community colleges; and had served as a successful college president at both Skyline College in San Bruno for five years, and the College of Marin in Kentfield for six years. She was well known as a “get the job done” administrator, who supported educational excellence and student achievement. She has received awards and recognition from the American Association of Community Colleges (AACC) for her service on the AACC Board of Directors and Chair of the AACC President’s Academy; the Community College League of California (CCLC) for her dedicated service as a Community College CEO; and, the Association of California Community College Administrators’ (ACCCA) Harry J. Buttimer Award for Distinguished Administrator of 2010.

Fran lives in Greenbrae with her husband Harley of 48 years; and, who has supported her throughout her professional career. They have one son who lives in the Bay Area and two grandchildren. Fran enjoys vacationing and traveling, primarily on Jazz Cruises, trips to Hawaii and the California North Coast. She continues to enjoy attending the symphony, opera, theater, choral and instrumental concerts, art shows; and, reading mystery and spy novels.  Throughout her life, she has tried to model the behavior of making a difference. She admires women and men who are giving, demonstrate courage, and willing to be the difference they want to see in others.