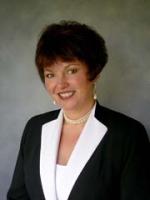 Fifth generation Marin native Heidi Kuhn, the founder of the internationally acclaimed “Roots of Peace” foundation, lives, works and breathes the motto, “Think globally, act locally.” She attributes her international perspective to her experience as a high school exchange student in Japan. From that point on, she was truly a child of the world.

International events have always been the focus of Heidi’s life. After graduating from UC Berkeley in 1979, she worked in international business management. When the family moved to Alaska, Heidi started her own media company in 1989. Soon she was providing firsthand news about the Exxon Valdez oil spill and more to CNN, CBS, NBC and all the three-letter media giants.

The Kuhns returned to San Francisco and Heidi worked as a reporter and producer for CNN. Soon after Princess Diana died in 1997, Heidi hosted a UN Land Mines Awareness reception. She offered a toast in hope that the world would move from “land mines to vines.” With that toast, Roots of Peace was born.

Heidi has a talent for bringing diverse potential partners together. Along with 450 California wineries, she has enlisted many other businesses and supporters ranging from the San Rafael and Croatian Rotary Clubs to the U.S. State Department and the Canadian government. Roots of Peace’s first demine-and-replant project now serves as a model for similar projects from Afghanistan to Zagreb.

Family and mentoring also figure prominently in Heidi’s life. As a cancer survivor, she lives each day as a gift. She instills her global perspective in her four children by taking them on working trips to Washington, D.C., Croatia and other far away places so they can see their mother “doing” diplomacy firsthand. It’s no surprise that they’ve begun duplicating her example. What better lesson could they learn than to know that one person’s actions can truly change the world?