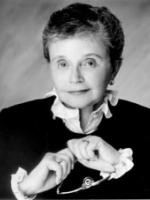 In 1983, Judge Savitt became the first woman to serve on the Marin County Superior Court bench. She earned her law degree at Bolt Hall School of Law at UC Berkeley. She and two other attorneys formed the first all-female law firm in the country. She was the eighth woman to join the Marin County Bar Association and the second to serve as its President. She has generously contributed her time and energy to the education of lawyers and judges, particularly in the area of family law. She has been the founding member of many important organizations whose central purpose is to empower women and ensure that their voices are heard, including the California Women Lawyers, the Marin Chapter of the National Women’s Political Caucus of Marin and the Center for Families in Transition.

In the 1970s, she was active with the Marin County Chapter of the League of Women Voters, where she analyzed and made recommendations for improving the juvenile court system in Marin. She also served as Vice Chair of the Juvenile Justice Commission.

While serving on the Marin Council for Civic Affairs, Judge Savitt recommended reforming the grand jury selection system and developed a questionnaire for the court which is still in use. She has been instrumental in planning and implementing many changes to improve the quality of justice in Marin County, including initiating a new way to handle family law matters and promoting alternative dispute resolution. In 1983 she was honored with the Women Making History award. Although she retired from the bench in 1995, Judge Savitt still serves as a private judge.