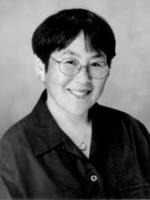 Janet Daijogo is the consummate teacher — a role model of strength, flexibility and compassion as she endeavors to fulfill her goal of instilling in children a sense of importance, uniqueness and personal power. A kindergarten teacher at Marin Country Day Elementary School since 1984, she has had a positive impact on hundreds of children. She has incorporated an Aikido/Energy Awareness Program into the kindergarten program. She holds a second degree black belt and uses aikido to build sensitivity and strength, and to teach children to be centered and at peace with themselves. Prior to teaching kindergarten, she spent eighteen years working at the Marin Child Development Center in San Rafael, where she helped her students “go mainstream” and go on to college and productive lives.

Ms. Daijogo understands how emotional trauma can affect a child. In 1942, she and her family were forced to leave their California home and live for three years at a relocation camp where Japanese-Americans were interned during World War II. Ms. Daijogo received her B.A. degree from the University of California at Berkeley. In 1990 she was honored by the California State Department of Education with the California Educator Award for teaching excellence.

Through the Resource Directory of Marin Women, she serves as a volunteer speaker to children about her wartime experiences. A Mill Valley resident, she also designs art-to-wear clothing.