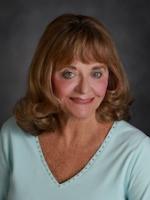 For the better part of thirty years, Jean has voraciously tackled mounting social crisis that many find too daunting to even acknowledge. The courage and tenacity she has shown confronting homelessness, suicides & court corruption in Marin has had rippling and lasting effects.

In 1989 Jean began to take notice that homelessness was on a fast rise, its evidence being seen in more places with more frequency. She began talking publicly about what she was seeing and was approached by a Marin County Supervisor to serve on the newly formed Commission on Homelessness. Jean went on a quest to understand the reasons for homelessness and to develop long term solutions.

Over the next six years, Jean’s passion to educate our community would lead her to Chair the Commission on Homelessness, head both the San Rafael and Novato Task Forces, serve on the board of St. Vincent DePaul’s dining room, and ultimately found the New Beginnings Fund for Homeless and serve as it’s President. She took a look at other major city approaches to homelessness and attended national conventions on the issue, applying what she learned here in Marin.

She convinced the Marin Independent Journal to become a media partner in the campaign, leading to sixty articles on homelessness. As a result, readers contributed approximately half a million dollars toward the new center. On opening day, more than 2,000 people visited the New Beginnings Center. It was the first homeless facility built on a decommissioned military base and now serves as a national model.

In 2001 Jean co-chaired The Next Key capital campaign, an addition to New Beginnings campus comprised of thirty-two units of affordable housing, a large culinary academy and a public venue room designed to make the entire facility financially self-sufficient. The facility went up in 2008 with the full support of the police chief, city council and bordering residents.

Jean’s thirty years of reforming Marin’s approach to social issues are of lasting significance. She is recognized throughout Marin as a leading advocate, the one to turn to for sweeping change, even dubbed a “Tipping Point” because of her ability to bring consensus and to motivate others.

Prior to the aforementioned, she used those attributes in the area of suicide prevention, volunteering on the 24/7 crisis hotline and becoming a member of the Coroner’s Psychological Autopsy Team and still serves on the Suicide Prevention Advisory Board.

For seven years she served as board member for Senior Access, helping restructure and increase programs and facilities to provide safe, clean and fulfilling day care services for frail and ill older adults.

Jean also spent five years on the board of the Marin Political Action Committee. In the initial stages of the AIDS epidemic, she helped develop a ‘Report Card’ for local and state politicians, making their voting records on such matters public.

As the Board President of the Helen Vine Detox Center, she raised $250,000 to remodel the center, increasing public beds from twelve to twenty-six. This board has encouraged the development of compassionate and successful programs designed to aid in their permanent recovery.

An appreciation and love of the arts led to her involvement on the boards of the Marin Arts Council and Alter Theater, where she emphasized putting the spotlight on the diversity, variety and talent of the artists in our midst.

Jean’s current focus is on encouraging judicial excellence in the court systems throughout California. She is the president and co-founder of the Center for Judicial Excellence, working with state, local and national leaders to facilitate necessary changes.

In all her commitments, Jean stressed educating the public and/or the clients. Developing an awareness, an acceptance and a compassionate response for those dealing with the aforementioned critical problems has been her goal.

Jean, her husband Ray, son Jeff, and daughter Stephanie moved to Marin in 1963. Their lives have been enriched by the addition of daughter-in-law, Amy, son-in-law, Bill Boland, and four grandsons, Dominic, Cameron, Scott and Joshua.