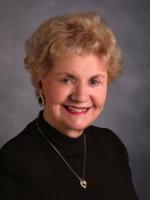 Describing Joanne Dunn’s contributions to Marin is an awesome task. She has served Marin County arts and service organizations as founder, board member, fundraiser and PR person for forty-seven years. She has been happily married to Gordon Dunn for more than fifty years. A commitment from Joanne means long-term dedication.

Joanne’s life is the arts began in the 1960s, when as a board member of the Marin County Junior Theater group, she joined the Masque Unit. This group brings live theater to children all over the Bay Area. Over the years she has been an actress, playwright (ten plays!), director, stagehand and “gofer.” She is still an active performing member.

Joanne has co-founded four major arts organizations. In the 1970s Joanne and two friends saw the need to supplement arts education in the schools. The result was Youth In Arts, a highly visible and effectve nonprofit serving 30,000 Marin students annually. Simultaneously Joanne founded its volunteer arm, Youth In Arts Auxiliary, and originally underwrote Youth In Arts while serving as its first executive director (forty volunteer hours a week). Both YIA organizations continue to flourish after thirty-five years, and Joanne is still involved.

In the 1980s Joanne, along with friends who shared her love of the arts, saw that the county’s many various arts organizations were too small and isolated to have significant impact. Thus the Marin Arts Council, bringing these individual organizations together under one powerful umbrella, was born.

In the 1990s, downtown San Rafael was on the decline. Joanne et al. saw this as opportunity for the arts community to help and be helped, so Art Works Downtown was born. This nonprofit creative haven provides gallery, studio, and living space to artists at reasonable prices. AWD has been a boon not only to artists and patrons, but it has made a positive impact on Fourth Street’s appearance and economic growth. AWD is now regarded as one of the Bay Area’s premier galleries.

Joanne has also worked tirelessly for the Marin Ballet, Marin Wildcare (formerly Terwilliger center) and San Francisco Theological Center’s Montgomery Chapel. Joanne is also mother of a grown daughter, Sunday school pageant director, advisor, friend and more. The common thread is her vision, imagination, skill and tenacity. Her talent has not escaped notice; Mike Groza, recently retired from the Marin Community Foundation, remarked, “I think we should nominate Joanne to be the next director of FEMA.” We agree!