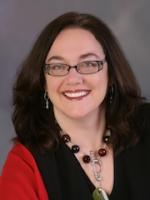 Julie Castro Abrams is the CEO of Women’s Initiative for Self Employment, a nonprofit that provides education, training and microloans to women-owned small businesses and transforms the lives of low income, high potential graduates. Under Ms. Abrams’s direction, the training-based, micro lending program has generated a return of thirty dollars to the local economy for every dollar spent. Julie is responsible for the organization’s expansion from three to eighteen training locations throughout the Bay Area, including an expansion to Novato. Through her leadership, the organization has increased the number of women trained and receiving microloans by tenfold, and generating an estimated $480 million social return on investment.

Julie has been profoundly affected by social and economic inequality since she was a little girl. She quickly identified a life path that embraced the Judaic-Christian-Muslim traditions of service, sacrifice and encouraging strength and transformation among the most marginalized community members.

Julie is a passionate advocate who is clear that Women’s Initiative provides the most effective poverty-reduction strategy that exists. She believes that economic power is at the heart of the search for equality and social justice, and she has worked on behalf of women, children and various communities of color her whole life.

A leader in non-profit sector for twenty years, Julie has advanced degrees in social work and social policy from Northwestern University and the University of Chicago, and speaks both nationally and internationally on U.S. economic development, microenterprise and microfinance, anti-poverty strategies and women’s issues. She joined Women’s Initiative in 2002, after spending more than a decade heading non-profits in the Chicago region.

While leading Women’s Initiative, Ms. Abrams received the Community Leader of the Year award from Leadership California, was named among San Francisco’s “Most Influential Women” and recognized by the San Francisco League of Women voters as a “Woman Who Could Be President.” She has also been named the SBA Business Advocate of the year, was awarded Oakland’s Women of Greatness, received the Human Rights Award from the Commission on the Status of Women and the Women of Color Action Network Award. Under Ms. Abrams’s leadership, the Urban Institute Best Practices Foundation, the Equal Rights Advocates and Cisco Innovation in Technology have recognized Women’s Initiative.

Ms. Abrams is on the board of the National Council of La Raza and she is a member of the advisory board for OneCal Bank.

Julie shares a bilingual home with a devoted husband who was born in Mexico, two wonderful children who she adores and has foster parented abused and neglected Marin children.