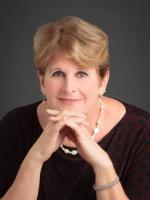 Kate Kain, Deputy Executive Director for the Center for Domestic Peace, is one of Marin County’s leaders in the work to end domestic violence. Her work has played an instrumental part in the statewide and international movement to transform society by bringing primary prevention programs to children, youth and adults with the goal of ending violence against women and children.

Kate started out as a grassroots feminist activist while living in the foothills of California, where she faced the reality of women being beaten. The isolation of a rural community, coupled with the life and death situations several women faced, spurred Kate to co-establish the first rotating group of volunteers who offered their cabins as safe houses for victims fleeing what was then called “wife beating”. Through this action, Kate co-founded Mountain Sisters.

Frustrated that sheltering victims ended with them returning home, where the beatings continued, Kate moved to the Bay Area to join other feminists in search of solutions. While working as assistant editor with the Children’s Advocate newspaper, published by Berkeley Children’s Services, she met Richard Snowdon. At the time, Richard was bringing the Child Assault Prevention Program (CAP), developed by Women Against Rape in Columbus, Ohio, to the San Francisco Bay Area. The two eventually teamed up and co-founded the Northern California CAP Training Center, and petitioned State Assembly Representative, Maxine Waters – herself a new emerging leader in the California legislature – to lead a statewide effort to prevent violent relationships and marriages. As an outcome of this effort, the state legislature passed the Maxine Water’s Child Abuse Prevention Act (CAPTA). When established, CAPTA funded eighty-four child abuse prevention programs for parents, teachers and children throughout California. CAPTA is the nation’s most comprehensive child abuse prevention program to date.

Kate served as CAP’s Executive Director from 1981 to 1991, taking the lead in the statewide effort to train one generation of children ages 3-9, along with their parents and teachers, to prevent incest, kidnap, and bullying. The method included teaching strategies based on proven criteria for reducing vulnerability, including freedom from gender roles. Kate prioritized the involvement of young adults and teens in the first team of multicultural prevention specialists. These specialists went on to modify CAP for their own cultures and countries, including Japan, Costa Rica, Latino populations, Native American populations, and others. Some communities have trained all elementary school children for the past two decades, which has resulted in more than one generation being reached by CAP.

In recognition for her contribution to the field of child abuse prevention through her legislative efforts, Kate received California State Assembly recognition in 1985. Since the passage of this seminal legislation, over 4 million children, many of their parents and all of their teachers have been trained in prevention strategies, along with Child Protective Service workers and law enforcement personnel.

Kate joined Center for Domestic Peace (C4DP, then known as MAWS, or Marin Abused Women’s Services) in 1997 as Associate Director, and she now serves as Deputy Executive Director. In this capacity, she oversees administration and financial functions, emergency and advocacy program operations, prevention programs for youth and adults, and coordination of community response to the crime. She has produced numerous C4DP curricula and training programs for thousands of Marin community residents, county workers, professionals, law enforcement, youth and survivors of domestic violence, who have gained greater awareness on how to prevent domestic violence, how to increase victim safety, how to increase systems’ ability to hold abusers accountable and how to engage youth in meaningful learning about healthy and equal relating.

In 1998, Kate established the Marin Domestic Violence Coordinating Council along with the Marin County District Attorney’s Office. Later, the DVCC expanded to become the Marin Coordinated Community Response to Domestic Violence Network (CCR Network), nationally recognized for its processes of shared discipline involving many social sectors including youth. Kate’s leadership is directly related to multiple CCR Network Achievements, including the creation of the Uniform Marin County Law Enforcement Protocol for the Handling of DV Cases and its adoption by Marin County police chiefs, implementation of universal screening for DV in Marin’s hospitals and emergency room departments, following the countywide training “Uniform Screening for Domestic Violence in Hospitals/Clinics”, “Domestic Violence and the Workplace” training for Marin County employers, the formation of the Marin Respect for All Collaborative, which partnered with educators to create a culturally conscious, multi-level, ‘whole community’ strategy for reducing and preventing youth violence in its many forms, including bullying, and the launch of the Marin County Response Survey, an unprecedented effort that included 239 responders from fifteen provider groups who analyzed twenty-five best practices along the dimensions of six different client groups: adult victims, adult abusers, teen victims, teen abusers, child witnesses of domestic violence and prevention audiences. The results of this survey are further shaping the work of the CCR Network. Kate has also ensured that the CCR Network brings youth to the table through the establishment of youth leaders as formal liaisons between the CCR Network and Marin’s youth culture.

In 2007, Kate was appointed to serve as Commissioner with the Marin Women’s Commission. During her tenure, she was essential in garnering direct community input from the women of Marin to guide the Commission’s strategic directions.

Greatly influenced by her early years of growing up in a close knit family with five other siblings, Kate credits her mother as a primary role model who taught her to “speak up,” and that, “it never hurts to ask,” and coached her into believing “you can do anything you put your mind to.” Kate’s father mentored her in non-traditional mechanical skills and use of tools. As a young adolescent and teen, the Girl Scouts empowered her through wilderness survival in the California Sierra Nevada Mountains, including cross country expeditions using only a compass. As a college student, feminism taught her the essentials of ‘the personal is political.’ Kate’s leadership approach took hold from all these cornerstone experiences, as did her parenting and mothering of her two sons.

In her personal life, Kate is a mother, piano composer and outdoors women, with a passion for parenting and homemaking, ocean swimming and river rafting (having formerly worked seasonally as a white water rafting guide). She credits the parenting skills she learned ‘on the job,’ along with the river rafting skills of reading water and guiding as being core to her fierce determination that we can end violence against women in our lifetime.

Kate lives with her spouse Nancy, an Environmental Protection Agency professional and real-life clown character who brings much laughter and joy to the Kain household. Her two grown sons come and go from the family home, as they discover their places in the world. Kate and Nancy enjoy deep spiritual roots in the Celtic and Ageless Wisdom practices which provide them with a context for maintaining understanding and caring in the insanity of a world that beats, rapes, mutilates and kills women. They also enjoy family and friend get-togethers, outings in the city, walks in the wilderness, watching movies, reading, cooking and even a little white water rafting.