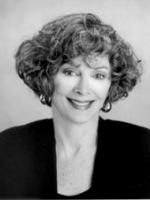 Kit M. Cole has dedicated her professional life to bringing women into leadership roles in the financial field. As a young divorcee with five children under the age of six, she left her job teaching to work as an assistant in a brokerage house. She quickly obtained her brokers license and became one of the first women stockbrokers hired by a major brokerage firm in the United States.

Five years later, she founded Cole Financial Group, Inc., an investment advisory firm specializing in providing financial guidance, education and investment management to women. Today, Cole Financial Group manages $50 million in investments. A year after starting Cole Financial, she co founded New Horizons Savings & Loan, securing her destiny as one of the first women in the country to be the founding chairman of the Board of Directors of a financial institution. It also made New Horizons one of the first financial institutions in the country organized and managed by women. In 1991, she founded San Rafael Thrift & Loan, and again championed gender equality in decision-making power. She is currently Chairman/CEO of the Thrift, whose assets at year-end were over $68 million.