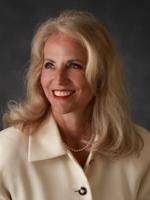 Krystyna came to California in 1987. She was born the eldest daughter of a Polish immigrant and RCA factory worker, and was brought up with old fashioned solid work ethics and a business tool her father impressed upon her, which was, “make what you want from others easy for them to provide.”

After one short year and losing her corporate job during the dot com bust, and with nothing more than a telephone and an idea to create a company, Krystyna and her future husband launched one of the early U.S. visual effects studios, Matte World, being the second visual effects company serving motion pictures based in Marin County. In the male-dominated movie industry, and with Industrial Light & Magic as her neighbor, this was gutsy. She was gutsy and unwavering in her vision to create this company and sustain it. She was the heart of the company, often referred to as, “The Mother of Matte World”.

Matte World began its legacy of producing images of lasting significance for film, against the odds of competing with local giant Industrial Light & Magic for a particular type of visual effect, when it made contact with HBO and secured it’s first contract for the seedling company. Within one year of establishing her new company, Krystyna won her first Emmy for Outstanding Visual Effects for an HBO movie!

Krystyna became the first woman in Marin County, and possibly the first woman in the United States, to own a visual effects company, producing special effects for film. She is among the very first women to be a credited Visual Effects Producer in film as well. She is unique in having created, owned and operated a company – while being its producer of visual effects at the same time. This from a woman who re-invented herself to fulfill a financial need while having no prior background in the ‘biz’ or the production of visual effects.

As an entrepreneur, Krystyna ran her company for nineteen years as a Visual Effects Producer and Executive Producer, and has shown excellence in the field through her contributions to eighty-four films, numerous commercials, a Michael Jackson video, and projects for The National Park System and The New York American Museum of Natural History.

She leaves a legacy that will last for generations to come, immortalized by film and digital medias.

FILM AND TELEVISION AWARDS and NOMINATIONS:

Krystyna contributed to the production, research and licensing of images for a comprehensive book about visual effects matte paintings, authored by her former husband and Mark Cotta Vaz, 2002, called, “The Invisible Art: The Legends of Movie Matte Painting.” The book received the ‘Outstanding Book on Film’ Award from the Theatre Library Association of New York and ‘Golden Pen Book Award’ from Theatre Technology.

Krystyna was also a featured contributor to the book, “The Power of Miracle Thinking”, by Randy Peyser 2008, endorsed by three New York Times best selling authors, Marci Shimoff from “The Secret,” Caroline Myss, and Terry Cole-Whittaker.