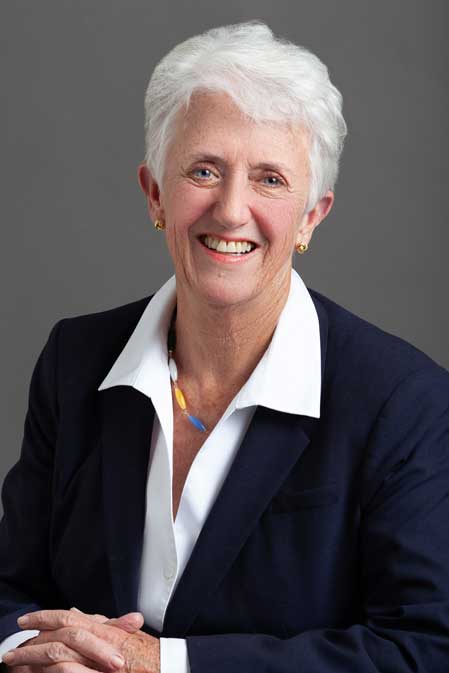 In my wildest dreams I never imagined having the honor and privilege of serving as a judge for the State of California for the last 35 years.

My parents, Edmund James O’Malley and Elizabeth Hoover O’Malley, grew up during the depression. My father paid for college and law school cleaning toilets. My parents met at the University of Arizona, married after my father graduated, and moved to Los Angeles, where I was born in 1943. During WWII, my father was drafted into the army and fought in Europe. When my father returned from WWII, my parents moved to Phoenix, Arizona. My mother devoted her life to raising my brother, sister, and me. Later, she returned to school and became a medical transcriptionist.

I was blessed to have parents who instilled in me the love of learning, communicated their optimism about my future, encouraged me to pursue goals with courage and persistence, and who taught me to always treat others with respect, dignity, and kindness.

In 1961, I graduated from Central High School in Phoenix. Thrilled to be getting out of the desert, I went to Colorado College for 2 years. Then my parents suggested that I transfer to the University of Arizona so I could get a degree in education. Women of my generation were encouraged to be teachers, bookkeepers, secretaries, and nurses.

I received a Juris Doctorate from San Francisco Law School in 1972 and took the bar that summer when I was 7 months pregnant with my second child.

I began the general practice of law in Marin County in the fall of 1972 when James M. Kennedy asked me to join his firm.  I was secretary of the Marin County Bar Association in 1982 when there was discussion at a board meeting about the backlog of cases in the municipal court. There were two judicial positions up for election, one an open seat and one not.   A colleague announced he was going to run for the open seat and I decided to run against a sitting judge. I was 39 years old! What was I thinking?

I was thinking I could do a better job. I had never run for office before and had no political experience. Other candidates had hired all the experienced campaign managers.  I called the Marin County Volunteer Center and Joan Brown recommended a single mom who had been working with the Center.  I hired her to be my campaign manager for the primary. Together we figured out what needed to be done to win.  There were 3 candidates: the sitting judge, the San Rafael city attorney, and me. The San Rafael city attorney, who lost in the primary, helped me in the general campaign. Barbara Heller was my campaign manager for the primary election. She was later elected to the City Council in San Rafael.

Running for office was super scary and exhilarating at the same time! I met so many wonderful people I had never met before. I made a point of going to every Democrat and Republican candidate event for the 1982 election.  Judicial elections are non-partisan.  I wanted to be sure that every voter understood that I would be impartial.

The campaign was also my first experience with discrimination.  When I introduced myself to both men and women, some would tell me directly that they would never vote for a woman for judge. One man spit on the sidewalk in front of me when I handed him a brochure.

I have served in every department of the court, presiding over criminal, civil, family law, juvenile and probate cases.  I developed a specialty in civil law focusing on mediation and settlement conferences. To sharpen my skills, I took an initial mediation course from Steve Rosenberg and advanced mediation courses at Harvard. As presiding judge of the Civil Division, I instituted and managed civil division settlement conference fairs in which all the judges and many volunteer lawyer mediators participated.

During my entire career, I have been committed to community service.I have been an active member of Rotary since 1987 when I was the first woman selected to be a member of Terra Linda Rotary Club.  I was elected President in 2006. I am currently a member of Marin Evening Rotary. I have been a member of the Marin Council of the Boy Scouts of America since 1983.  In 2006, Marin Council honored me as Citizen of the Year. I was the first woman elected as President of the Council in 2009.  Marin Council worked for over a decade to eliminate the National Council’s policy of sexual orientation discrimination in scouting. The National Council used our resolution to announce the policy change.

It was with mixed feelings that I retired from the Marin County Superior Court in 2004.  Thankfully, I have continued to serve as an assigned judge working in Marin, Sonoma, Napa, Contra Costa, Monterey, Orange, and San Francisco counties.

Administration of justice is not the solitary work of a single judge. I have had the pleasure of working with a collegial hardworking bench, dedicated clerks, outstanding legal research attorneys, and supportive administrations at the Marin County Superior Court and all the courts where I have been assigned.

I have been blessed to have the love and support of my husband, Bruce, and my three children, Will (48), Laura (45), and Bonnie (42) who sacrificed many hours of precious family time to enable me to provide service to our community.

I thank the voters in Marin County for giving me the opportunity to serve and to enjoy for many years a job that I have loved.