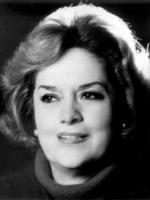 Martha Martinez volunteered for many organizations that provided services for the Latino population in Marin, especially those that helped Latinos become more a part of the community. Where no programs existed, she started them. One of her most outstanding services was the work she did for the Novato police department in composing Spanish translations for publications. She worked with the Marin Independent Elders Project, the Marin Housing Authority, Fair Housing, La Familia Center, In-Home Support Services of Marin and the Commission on Aging. Ms. Martinez developed a Language Bank to bring bilingual volunteers to serve low income seniors in Marin.

Her respect for elders fueled her, and she directed her energies toward the elderly in general and the Latino elderly in particular. She formed the Corazon Latino groups for senior Latino women and for men. She founded a program with the Novato Police Department called, “Are You OK?”, which is still operating, in which volunteers call home-bound seniors every day to check on their safety. She served as a mentor to many Hispanic women in Marin, encouraging them and promoting higher education. Ms. Martinez was born in Guadalajara, Mexico. After attending school in San Antonio, Texas, she worked in Mexico City as a translator for the Rockefeller and Ford foundations as a secretary to the Minister of Agriculture, returning to the United States to live in 1965. She died September 13, 1995. Novato Police Chief Brian Brady said, “Martha Martinez’s accomplishments and legacy will live on. The police and this community lost a friend.”