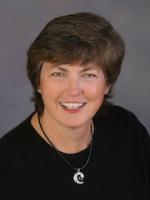 Born in Neptune, New Jersey, Maureen was the tenth of twelve children. When she was young her family moved to Southern California, where she attended school. As a child, Maureen had a brief modeling career; her claim to fame was being featured as one of the Northern Tissue girls. In her teenage years, Maureen showed early entrepreneurial promise, from bagging and selling sand to tourists in Newport Beach, to walking the sands of Santa Monica selling popsicles from a cooler. While a student at California State University, Chico, Maureen worked in leadership at the Residence Halls, Student Activities and New Student Orientation. Moving to Marin after College, Maureen worked at The Alcoholism Council of Marin, Centerpoint and The California Health Research Foundation.

Maureen has built her career ensuring that young people have a strong voice in public policy and community leadership. She is nationally and internationally recognized as a leading authority in the fields of Youth Philanthropy, Leadership and Development. She had a dream of starting a non-profit organization before the age of thirty.

In 1989, inspired by three Marin County teenagers who helped envision an organization that truly put young people at the center, Maureen founded the Youth Leadership Institute (YLI). After incubating for a few years with support, coaching and guidance from Dr. Andy Mecca of the California Health Research Foundation, YLI became incorporated in 1991.

In 1994, Maureen was the youngest professional recipient of the National Association of Alcohol & Drug Administrator’s Career Achievement Prevention Award. The award recognized her national leadership and innovation in the field, and championed the merits of her work here in Marin as a model for communities around the country.

Maureen has navigated the waters of numerous institutions and systems, and knows well that achieving community change means doing the difficult and time-intensive work of building coalitions, cultivating allies and identifying clear objectives—all while having the political savvy, sharp intelligence and flexibility to adapt these objectives to the changing dynamics of the community.

Beyond her commitments at YLI, Maureen served as Chairperson of the California Youth Development Collaborative, and has Chaired numerous Boards, National Task Forces and Commissions on Health, Education and Youth Leadership. An early pioneer in Youth Philanthropy, Maureen started a program in Marin that became a model for many community foundations across the U.S.

In 1996, she started a social enterprise at YLI providing research, training and technical assistance across the U.S. to replicate many of YLI’s model programs and strategies. In 2003, the Youth Council Model, designed by Maureen, received the National Exemplary Program Award from the Substance Abuse and Mental Health Services (SAMSHA).

Maureen is active nationally as a speaker, writer and advocate for the role of young people in public policy, social and community change. She has taught university courses, published numerous articles and contributed to several books. She received the State of California Governor’s Award of Recognition for developing programs that empower young people, a Congressional Award of Innovation for her youth leadership work, and in 1996 received an Exemplary Leadership Award from the Office of the President of the United States.

In 2009, she received the California Friday Night Live Leadership Legacy Award. She has testified before the U.S. Congress, the California Legislature and multiple County Boards and Commissions. In 2008, Maureen was selected by the Center for Volunteer and Nonprofit Leadership for the Excellence in Leadership Award. In 2009, she presented testimony and training to the Parliament of New Zealand, and traveled the country speaking and providing training and strategy work with the Ministry of Youth Development and over twenty-five NGO’S.

She is a Board Member for the Bay Area Chapter of the Social Enterprise Alliance and The Center for Volunteer and Nonprofit Leadership. A graduate of Harvard Business School’s Strategic Perspectives in Nonprofit Management, she holds an MBA in Strategic Leadership from Dominican University of California.

Maureen is the proud parent of three amazing and talented young people, Kaitlin, Kara and Conor Ketchum. Dynamic and fearless, she is as likely to regale you with funny, endearing and bold stories and insights as she is to inspire you to take chances, challenge the status quo and improve communities through hard work. Maureen has spent her life as a risk taker, as someone who has never been afraid to speak truth to power with humor, passion and a commitment to join together and work hard to create lasting and transformative change. She looks forward to continuing her inspiring and rewarding work.