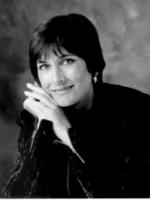 Mimi Baez Farina first picked up a guitar when she was thirteen. By the time she was eighteen, she was performing her music on stage. After that, Mimi’s life was always close to the performing arts. In 1974, Mimi became the founder and guiding force behind Bread and Roses, a non-profit organization which brings free, live, top-quality entertainment to people confined or isolated in institutions. Over the years, Mimi made a significant contribution to the lives of people in prisons, convalescent homes, AIDS wards, rehabilitation hospitals and other confined situations. A successful musician with numerous recordings and live performances around the United States and Europe, Mimi used her own talents and enlisted the talents of others. These artists, by volunteering their time and abilities, made a positive difference in the lives of an often-forgotten population.

Bread and Roses currently produces over 400 live shows each year, reaching a total annual audience of about 15,000 people in the San Francisco Bay Area. Bread and Roses does not charge any fee for its shows, operating through donations and grants, and keeping its entertainment affordable for all people. Mimi Farina’s commitment and dedication to the success of Bread and Roses inspired other agencies serving many communities throughout the country to establish similar services.