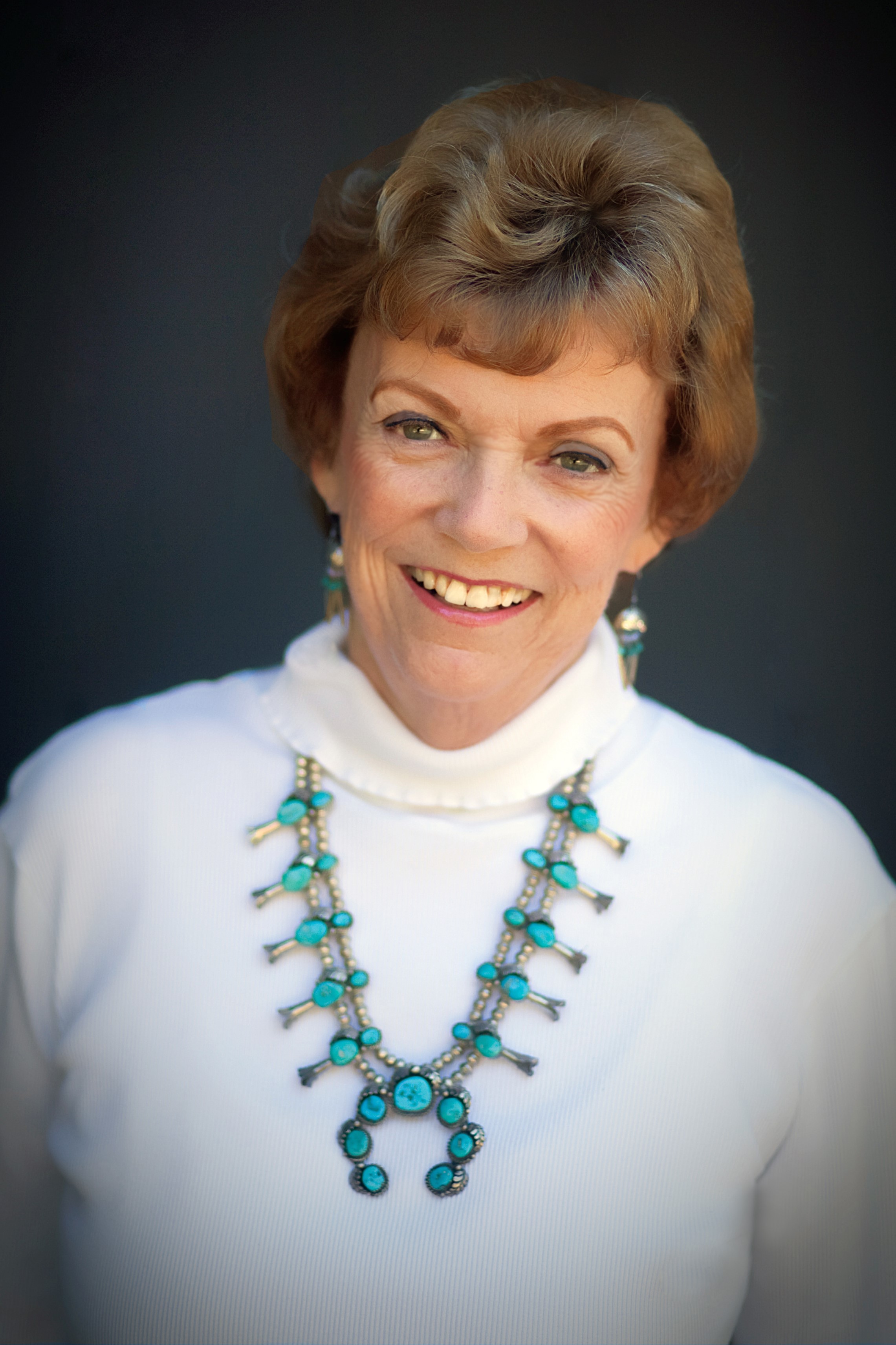 Patricia Alice Larry Arrigoni was born and grew up in the Midwest in the town of Danville, Illinois. For a small Midwest town, Danville was home to an unusually long list of celebrities including Gene Hackman, Donald O’Connor, Bobby Short, and the Van Dyke brothers, Dick and Jerry. Pat and Jerry were good friends, playing tennis and recording music at WDAN, the local radio station.

Pat’s father was a farmer, a hard-working man who put in long hours every day. Her parents both originated from Champaign, Illinois. Her mothers’ grandmother lived in a large house in Champaign, which is now the YMCA.

Pat’s mother inherited rich black farmland which she sold to her sister and was therefore able to set up her young husband in the farming business. Over the years her mom and dad bought and sold land until they had a nice spread of two sections on which they grew soybeans, corn, alfalfa, and raised cattle.

Farmers take their time off in the winter after the harvest is finished and the ground has frozen. When Pat heard the wild geese flying south every year, she knew it was time for the family to head for a warmer climate like Florida, Southern California or Arizona. Pat would either be enrolled in a local school or her mother would tutor her. Her older sister, Judy, attended a girl’s boarding school in Nashville, Tennessee while Pat was enrolled in school in Scottsdale, Arizona.

Both girls attended North Phoenix High School, Judy as a senior and Pat as a freshman. Pat has great memories of playing on the school’s tennis team, marching at football games with her newly mastered clarinet, and finally being chosen for the girl’s pom-pom team.

After graduating from high school, Pat went south to the University of Arizona in Tucson where she was an art major and tennis player. In the summer between her freshman and sophomore years she met a handsome young man from Marin County and San Francisco, Peter Arrigoni, who had been drafted by the San Francisco 49er’s. Pete had come to The University of Arizona on a scholarship to get in shape to play football after several years in the Coast Guard.

Pat and Pete dated all through her sophomore year and when school ended in the spring, they eloped to Nogales, Mexico. They were married by a judge in an office above a cantina. The man who “stood up” for Pat actually slept through the short Spanish ceremony. He had been pulled out of the cantina by Pete and his best man, Al Hovagian, who fortunately spoke fluent Spanish. The date was June 5, 1956. Pat was nineteen and Pete was twenty-four.

The following year Pete returned to the University of Arizona for his senior year and Pat took a job at the local newspapers, Star and Citizen. They rented a small house and managed quite well as newlyweds. Pete had a sports scholarship and received GI Bill benefits. Pat worked full time and modeled part time, while Pete did some bar tending on weekends.

After Pete’s graduation in 1958, the young couple rented a U-Haul trailer and drove west to California and their new life in Marin. Pete took a job with the J. Barth Stock Brokerage Company in San Francisco and Pat went to work for the Independent Journal newspaper and then for a real estate company, Top Properties, in San Rafael.

Thus began Pat’s family life raising two boys, Jim and Bob. During these years she was a stay-at-home mom and life was filled with schools, sports teams and non-profit organizations. Her interest in journalism led Pat to accept a position at the Ross Valley Reporter as co-editor in 1965.

Pat also became heavily involved when Pete got interested in politics, first being elected to the Fairfax Town Council, then the Marin County Board of Supervisors for two four-year terms in 1968 and 1972 ending in 1976.

In 1970 Pat was nominated by her college sorority, Kappa Kappa Gamma for inclusion in the yearly edition of OUTSTANDING YOUNG WOMEN OF AMERICA. In 1971 she received a “Certificate of Appreciation in Recognition of Meritorious Service to the People of Marin,” awarded by the Marin County Board of Supervisors for her leadership in combating the disastrous San Francisco Bay oil spill of that year.

Pat also became involved in many non-profit groups including in 1961, the Marin Museum of Science (originally the Junior Museum and then the Louise A. Boyd Natural Science Museum), currently called Wildcare. After leaving she was voted an “Honorary Board Member for Life.”

The Boyd Museum Board hired Paul Maxwell as CEO. Meanwhile, Lloyd Smalley, already on staff, wanted to enlarge the pool area for all the injured marine mammals that were constantly arriving.

Thus was born the idea of The California Marine Mammal Center (now The Marine Mammal Center) founded by Pat, Lloyd and Paul. Pat went to Washington D.C. to secure the proper permit submitted by Smalley. She, with the help of her husband, Pete Arrigoni, who was then on the Board of Supervisors, also secured a former NIKE missile site located at Fort Cronkhite above the Golden Gate Bridge in Sausalito.

This institution, open since 1975, has become the largest of its kind in the world. Over the years, The Marine Mammal Center has hosted thousands of visitors, including hundreds of Marin County school children, and has served to inspire many to answer the volunteer call on behalf of the coastal marine mammals. The Center has drawn worldwide media attention and focused scientific study to Marin County. Three years ago a second hospital was opened on the Big Island of Hawaii to try and save the Hawaiian Monk Seal.

In recognition of her work co-founding The Marine Mammal Center, Pat was presented with the President’s Volunteer Action Award by President George H.W. Bush in 1989.

In 1975 as her sons attended high school, Pat realized her dream of completing her college degree by enrolling in Dominican University. She headed up the PR Department at Dominican, which paid her tuition. She graduated in 1977 with a Bachelor of Arts degree in English/Art/American Literature.

After a trip to the Galapagos Islands in 1979 Pat took up travel writing, joined the Travel Journalist Guild based in Chicago, and wrote over 600 travel articles over nearly 40 years. She became syndicated with Gannett News Service, Copley News Service and Creators Syndicate for whom she still writes. She also became a member of the Bay Area Travel Writers.

In 1981 Pat wrote her first guidebook, MAKING THE MOST OF MARIN, published by Presidio Press. 10,000 copies were printed which sold out and inspired other similar guidebooks. Some years later when Presidio Press quit publishing guidebooks, Pat started her own publishing company which she operated successfully for fifteen years.

She published a second edition of MAKING THE MOST OF MARIN in 1990, a third printing in 1991, a fourth printing in 1994 and a completely revised fifth edition in 2001.

Additionally, Pat has authored numerous other books including HARPO, THE BABY HARP SEAL; WHISTLES, SMOKE AND STEAM; and THE MARINE MAMMAL CENTER, HOW IT ALL BEGAN, RECOLLECTIONS OF ONE OF THE FOUNDERS, PATRICIA ARRIGONI published in 2013. This book has gone through two printings.

While studying at Dominican University, Pat took a film class from David Swingle who also taught at San Rafael High. The high school and college students combined to work on a project producing historical films on Marin for the Bicentennial in 1976. These films are now in the County Library.

Another film project included a two-hour Movie-Of-The-Week produced in 1999 by Ted Turner based on a novel by Pat titled “Silent Predators.” The TV film was featured over 50 times in the U.S. and now, after being bought by Hallmark Entertainment, shows around the world. Pat still receives residuals from Writer’s Guild of America, West, Inc.

In 2006 Pat produced a 60 minute DVD titled OLD FASHED FUN ON ROUTE 66 based on 8 mm films taken by her family in the 1940’s and 1950’s. She hired a film crew and drove the route again with her sister, Judy. She later sold the DVD’s at gift shops along the old route and at Route 66 festivals held every year from Chicago to Los Angeles.

Pat was also a member of the Marin Council for the Administration of Justice and has been associated with the following groups: Marin Conservation League; Marin Audubon Society; Friends of the Sea Otter; Greenpeace; Marin Art and Garden Center (Pixie Parents); Marin Country Day School Parent’s Board; Boy Scouts of America (Den Mother for the Arrigoni’s two sons); United Bay Area Crusade (Fairfax Chairman); Marin Civic Ballet Association; Fairfax Little League (“Team Mother” several times); and a member of the Board of The Animal Medical Care Foundation. Finally she was a member of the Tiburon Marin Music Association, served on the Marin Red Cross Board and was Chairman of their Public Information Committee for three years. She was also an active member of the women’s Wednesday Morning Dialogue group.

Upon being notified that she will be inducted in to the Marin Women’s Hall of Fame, Class of 2018 Pat Arrigoni was both excited and humbled. She was extremely grateful to Anne Latta who sponsored her for this great honor. Pat would like to thank the many friends who wrote letters in her support, and would also like to thank Jane Winter and the selection committee at the YWCA.