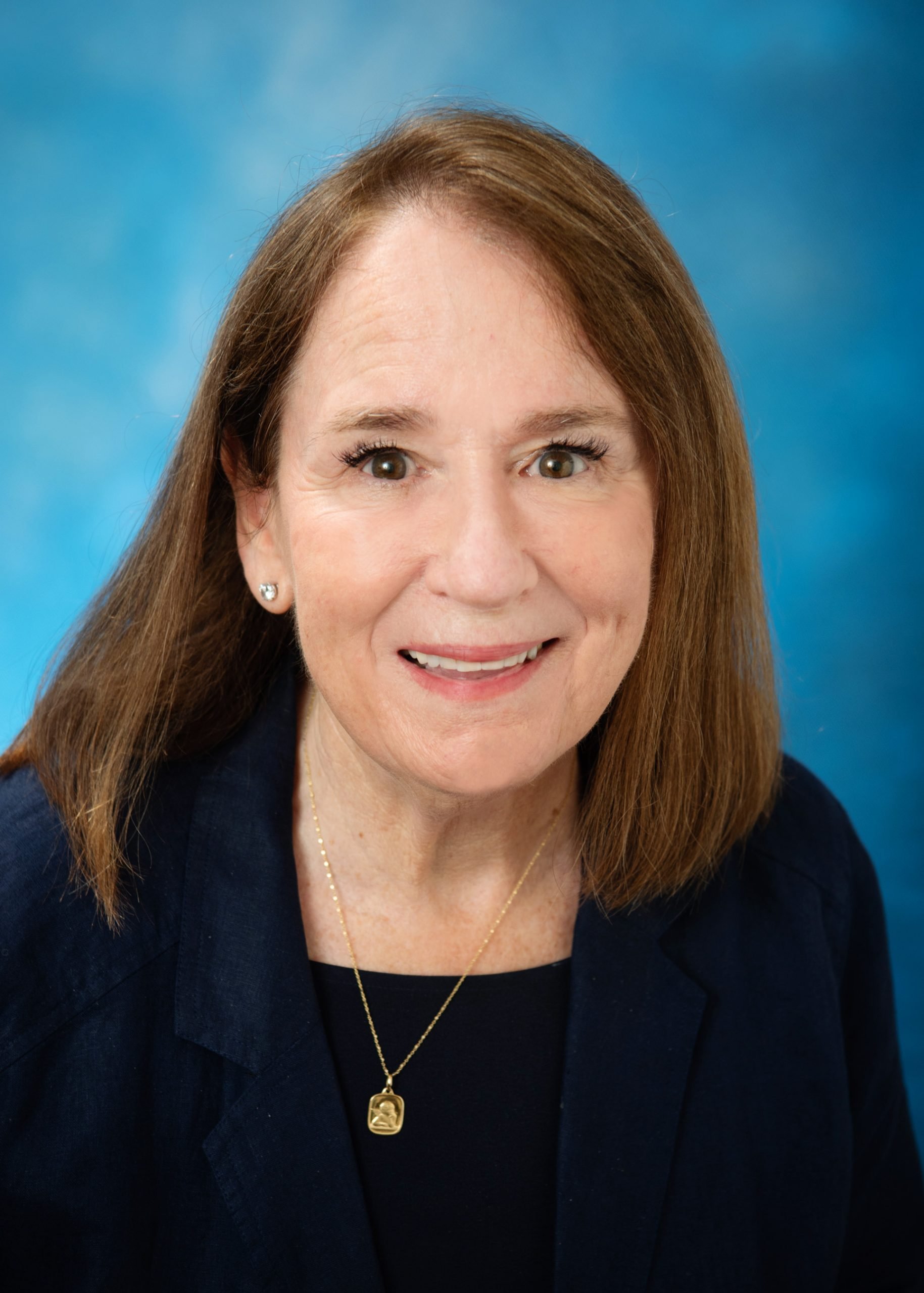 Pat Kendall’s first community was the San Francisco neighborhood where she was born and raised. On her block, young couples, like her parents, bought their homes new, started their families, and many spent their last days there. Her  neighborhood became an extended family, giving the children a strong start. Pat talks fondly of the parents of her still best and life-long friends. She describes them as her role models, good regular people … her favorite kind. Their respect and love for children are among her values today.

Pat was welcomed in every home and remembers taking a seat at their “table.” She feels her invitations into the community are invitations to their “tables.” She has joined each “table” with the same gratitude she felt as a child. Pat often says, “any good I have in me comes from my childhood, especially from the parents of my friends  who loved me like their own.”  She adds now, “perhaps they are why I was invited to have a seat at the Marin Women’s Hall of Fame’s  ‘table’.”

Pat speaks of her life in terms of connecting the dots from her beginnings, through her life decisions, and also the mystery of serendipity. Growing up, Pat enjoyed neighborhood fun, Disneyland, plays, and early dreams of the stage. She couldn’t connect the dots to her early dream, but she knew someday, she would  be a storyteller and find a stage.

Her dad and grandmother were “true storytellers.”  Her dad died when she was young. She remembers vividly his stories and his wisdom. She believes her dad planted seeds of influence that led to her profession and  her values.

Coupled with his wisdom were her dad’s actions. At age eight, her dad took her to USF  to visit his Jesuit priest colleague. There she watched them draft the first labor-relations program for his job accountabilities. She realized later that her dad was teaching her the relationship between leadership and people. In her case, she learned the importance of creating trusting relationships with physicians and staff to guarantee their patients, their families, and each other exceptional experiences. Her father’s wisdom also illuminated her community work as being “a part of something” to improve the whole. In all things, Pat has guiding principles in her mind and heart. Pat also realized her dad taught her that health and healthcare are intimate and personal. Each individual needs to be treated with value and respect.

One of Pat’s cherished gifts came from her mom just after her dad died. His passing was her first close experience with death and surprised  her. Pat’s mom showed graciousness, put herself second, did all the right things, and her words were perfect. Today, Pat sees death and dying as sacred. In her professional and personal life, she draws from her mom’s example.  Thus, Pat moves  towards difficult situations not away.

Knowing that she wanted to go to college, but not knowing for what, Pat  followed her best friend’s dream and followed her into nursing. It was there she found her stage. Her most notable stages were her emergency departments. The first on the North Shore of Oahu, a storyteller’s dream. There were countless experiences for a young, inexperienced nurse. Pat learned by taking a leadership role and delivering  more babies than any nurse could imagine – including in the backseat of cars and once twins in an ambulance. Hawaii was her new home. She never thought of leaving but she did, for love and marriage. Pat returned to create her third home in San Rafael. She gained her new name, was welcomed into another family, and given a permanent seat at their “table,” even though her marriage only lasted twenty years.

Moving close to Kaiser Permanente (KP), Pat applied and was offered a seat at their emergency department “table” where she found her career stage. Within a year, she cautiously accepted the new emergency department director role. In that short time, she was amazed by the care of the Permanente Medical Group Physicians. She wanted to support their work by providing equal care and service. Her caution led to one of her best decisions, as she continues today in service to the patients, their families, KP as a whole, and  the community.

Early in her KP emergency department role, the idea of developing  a countywide 911, EMS and Paramedic System in Marin emerged. Pat was invited to the newly formed Emergency Medical Care Committee by her County Supervisor. It was there she began to work with the San Rafael Fire Chief. With a great team, they developed the San Rafael Paramedic Program, one of the original five outstanding Marin County Paramedic Services. Pat is proud of the coordination between the county, the fire departments, and the hospitals. One of her fondest memories was interviewing 100 applicants to find the first six and then nine Paramedics.

They started the renowned service on 1/1/80, literally with a bang! The original team were role models to all the paramedics who came after. Pat served for 25 years on the Emergency Medical Care Committee. It culminated with the establishment of the Marin County Trauma Program.  She cherishes her role and relationships with San Rafael Fire Department and Paramedics. They gave the city a life-saving gift that is fortified by their strength and compassion. It is a legacy Pat is privileged to be a part of.

One of Pat’s early invitation to community work was with Lifehouse, formerly MARC. Pat and the CEO met with a small group of concerned parents. As a result, the community evaluated the available autism-related services and worked to correct the gaps.  It was the parents at the original “table” who became the experts, then the leaders who opened doors for their children and the children of others. At about the same time, Pat joined a small group to create what became a lifelong “table” to address the requirements of SB 697, a new bill requiring all hospitals to do an assessment of their community. Marin County wisely approached this requirement as one area and stayed together as one to address the identified needs. The group became Healthy Marin Partnership (HMP) which is now 25 years old. Much work has been accomplished by HMP and their partners, for example the family friendly healthy changes to the award-winning Marin County Fair and addressing the  opioid  issue  through RX Safe Marin. Led by the county health officer and volunteer experts, HMP has become a state and national model for its approach. HMP has always focused upstream, concerned about the social determinants of health. Pat has thoughtfully chaired HMP for 23 years and is presently co-chairing with the Deputy Public Health Officer whose focus is now on Whole Person Care.

Over the years, Pat is grateful for her seat at the business leaders’ “tables:”  the San Rafael Chamber of Commerce, Marin Economic Forum, and North Bay Leadership Council, where she served as the first female chairperson.  She values the passion and commitment of the key business leaders in Marin, Sonoma and Napa. Pat also finds it enriching to serve on the Hospice Board with sharp business leaders who truly care, as well as the farmers serving on  the Agricultural Institute of Marin who are some of the wisest business people dedicated to education and healthy eating.

Pat also cherishes those organizations that directly benefit children – the North Bay Children’s Center, Schools Rule, and School to Career Partnership.  It was while serving as Principal of the day at Terra Linda High School that Pat and the principal developed the idea to offer Medical Assisting training so students could find work right out of high school or evaluate a medical career before college. The program started that next school year and has graduated 20 to 25 students each year for 18 years. Pat also values her work with the Marin County Superintendent of Schools and the community for their leadership in preventing teen suicides, increasing child immunization, and limiting concussions, among many other things. Pat also worked with Dominican University to add a Physician Assistants Program to their curriculum to help leverage physicians into the future.

Pat was fortunate to grow in her profession while gaining her Nursing and Business, as well as her Leadership, Organizational Development, and Human Resources Degree. She also completed post graduate work at UC Berkeley and Stanford University. This year she celebrates her 28th year as Medical Group Administrator and over 40 years in total at KP San Rafael. Contributing to the improvement of care and service at KP and serving in the community have been Pat’s life work.  She is grateful to all who invited her to their “table” to allow her to be part of the thoughtful fabric that is Marin County, and now part of the Marin Women’s Hall of Fame. Pat finds the induction daunting but thanks those who had the trust to include her. She is hopeful she will grow into the honor and connect a few more dots.