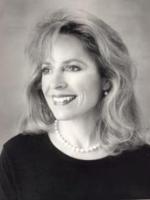 Patty Garbarino, President of Marin Sanitary Service, has been at the forefront of recycling technology nationwide. Her company began the first curbside recycling program and she was instrumental in beginning Marin’s Hazardous Waste Collection program. In the male-dominated waste management business, Ms. Garbarino has demonstrated courage and leadership. Despite the less-than-welcoming attitude in the industry toward women, she has won the respect of her colleagues. In the year 2000, she served as the first woman president for the Refuse Removal Council.

Besides running a successful business, Ms. Garbarino contributes her company’s time, services and money, as well as her own, to support community projects. She serves as Chair of the Marin County Planning Commission and serves on both the Marin Ballet Board and the Rafael Theater Renovation board. In addition, Ms. Garbarino spearheaded the Dominican College’s campaign to renovate and expand its campus.

As president of the San Rafael Chamber of Commerce, Ms. Garbarino aided in raising of $500,000 from the business community to support the public schools. She was also instrumental in organizing a transit tax campaign. Ms. Garbarino was a board member and a major fund raiser for the San Rafael Public Education Foundation in its early years. She also organized and energized hundreds of volunteers through four parcel tax campaigns in two bond measures benefitting the San Rafael city schools. During the first campaign, she deferred critical surgery in order to shepherd the campaign through the election. The campaigns were successful, aided by her efforts, and have provided the San Rafael Schools with critical funding. Ms. Garbarino went on to found a state level lobbying organization for the California public schools called Kids Voice.

Patty Garbarino is a woman who dares to be courageous, especially on behalf of issues about which she cares deeply, of which there are many. She is a public servant, a dynamic business leader and an outstanding spokeswoman.

In 2010-2011, Ms. Garbarino sat on the Marin County Office of Education Board of Trustees.