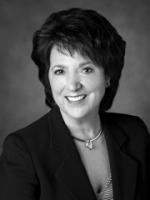 The first woman elected District Attorney in the history of Marin County, Paula Freschi Kamena demonstrated her desire to make a difference for others in so many ways. As a successful prosecutor, Paula made sure that those who needed treatment in lieu of prosecution received it. She stressed prevention and protection, not just prosecution as a solution, creating a new template for the County.

As a former juvenile probation officer who interviewed child victims of sexual abuse, Paula garnered the support of the Chiefs of Police, other County leaders and Soroptimist of Marin to raise funds to help establish the Jeannette Prandi Children’s Center. At this state-of-the-art center, children who have been sexually assaulted must no longer endure the terrifying experience of multiple interviews by multiple people and agencies. This method has proven to reduce trauma to the child and to help begin the healing process for more than 500 children to date.

As an active member in the Soroptimist Club, Paula spearheaded fund-raising efforts during her membership and leadership in the club, raising nearly $200,000, all of which has gone to support programs focusing on women and girls.

“Can we do this better?” Paula advocates raising social consciousness, with an emphasis on the advancement of women’s rights and promotion of opportunities for women and girls. Since Paula joined The Soroptimist Club, more emphasis has been placed on Domestic Violence. More programs and speakers reach a greater number of women, particularly since the domestic violence symposium that Paula created caused a far-reaching ripple effect among other Soroptimist Clubs. Many victims have reported that the video-taped coverage of this event shown on local channels has saved their lives.

For these efforts and others, Paula has been honored by receiving the Soroptimist Club’s Women of Distinction Award. For Public Affairs, the Marin Women’s Hall of Fame welcomes Paula Freschi Kamena, motivator of change and advocate for women and girls.