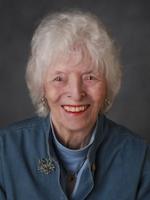 Remmy Kingsley remembered the moment years ago when she spotted a mushroom growing through the macadam in her driveway. “I was awed,” she said. “Right then I saw the power of nature.” That moment set the stage for a lifetime of environmental activism.

Born Rembert Brimm eighty-seven years ago in Providence, RI, Remmy’s early responsibilities when her mother was ill created the woman she was to become: An activist and champion not only of the human condition, but also of the environment and how we connect together.

In the 1970s, Remmy was a pioneer in environmental education, helping to form Marin County’s Environmental Forum and leading her own organization, Natural Science Education Resources (NSER), which trained docents for Audubon Canyon Ranch and designed classes for teachers and students, among them a training program showing Mill Valley teachers how to teach ecology in the schoolyard, funded by a grant from the National Science Foundation. She taught schoolchildren about the interconnectedness of plants and animals in classes at the Richardson Bay Wildlife Sanctuary in Tiburon, and she holds a degree in Chemistry from Cornell University and one in Environmental Ecology from San Francisco State.

She and three other female environmentalists founded their own company, Madrone Associates, to furnish environmental impact reports for developing companies, a new necessity in a nature-conscious world. One such report was for the Larkspur Ferry Terminal.

In 1944, after graduating from Cornell University with a degree in Chemistry, and while working for the National Defense Research Committee in Washington, D.C., she met her future husband, Paul Kingsley, also a chemist. The two moved to Ross in 1962. They had two children, Bruce, an anesthesiologist in Phoenix, father of a boy and girl, and Judy, a management consultant and mother of twin sons.

In 1993 she produced a standing-room only conference at the College of Marin honoring the spirit of older women. In 2008, Remmy was honored as one of the Magnificent Women of Marin by Search for the Cause, an organization dedicated to identifying environmental risk factors for cancer in Marin County.

Remmy also led an older women’s drumming group, the Druid Drummers, that met weekly at her home in Ross and occasionally performed for groups such as Wind Chimes, an Alzheimer facility.

Remmy Kingsley began with the environmental movement that swept the nation in the 70s and 80s, influencing our lives every day, and always remained committed to protecting the environment.