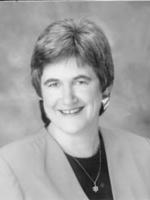 The Rev. Spahr first began serving people in Marin in 1975 as Associate Pastor of the First Presbyterian Church in San Rafael. In 1979, she was forced to resign as Executive Director of the Oakland Council of Presbyterian Churches when she came out as a lesbian. She founded and served as Executive Director of Spectrum Center for Lesbian, Gay and Bisexual Concerns (Formerly Ministry of Light). Since 1980, Spectrum has been the only social service agency serving the needs of lesbian, gay and bisexual people in Marin County by starting such programs as the Marin Aids Project, Marin Chapter for Parents and Friends of Lesbians and Gays, Rainbows End Youth Program, Lesbian/Gay Parents Group, AIDS Interfaith of Marin, New Horizons and Women’s Spirituality Group.

In December 1991, the Downtown United Presbyterian Church in Rochester, New York chose the Rev. Spahr to be one of their four co-pastors. Eleven months and two Presbyterian court battles later, the Rev. Spahr was denied permission to act as pastor due to her sexual orientation. In spite of this setback, the Rev. Spahr was chosen as the first nationwide lesbian Presbyterian Evangelist educator. She has and will continue to encourage and strengthen thousands of people who share her hopes and dreams for the just treatment of the lesbian, gay, bisexual and transgender people in our community and throughout the country.