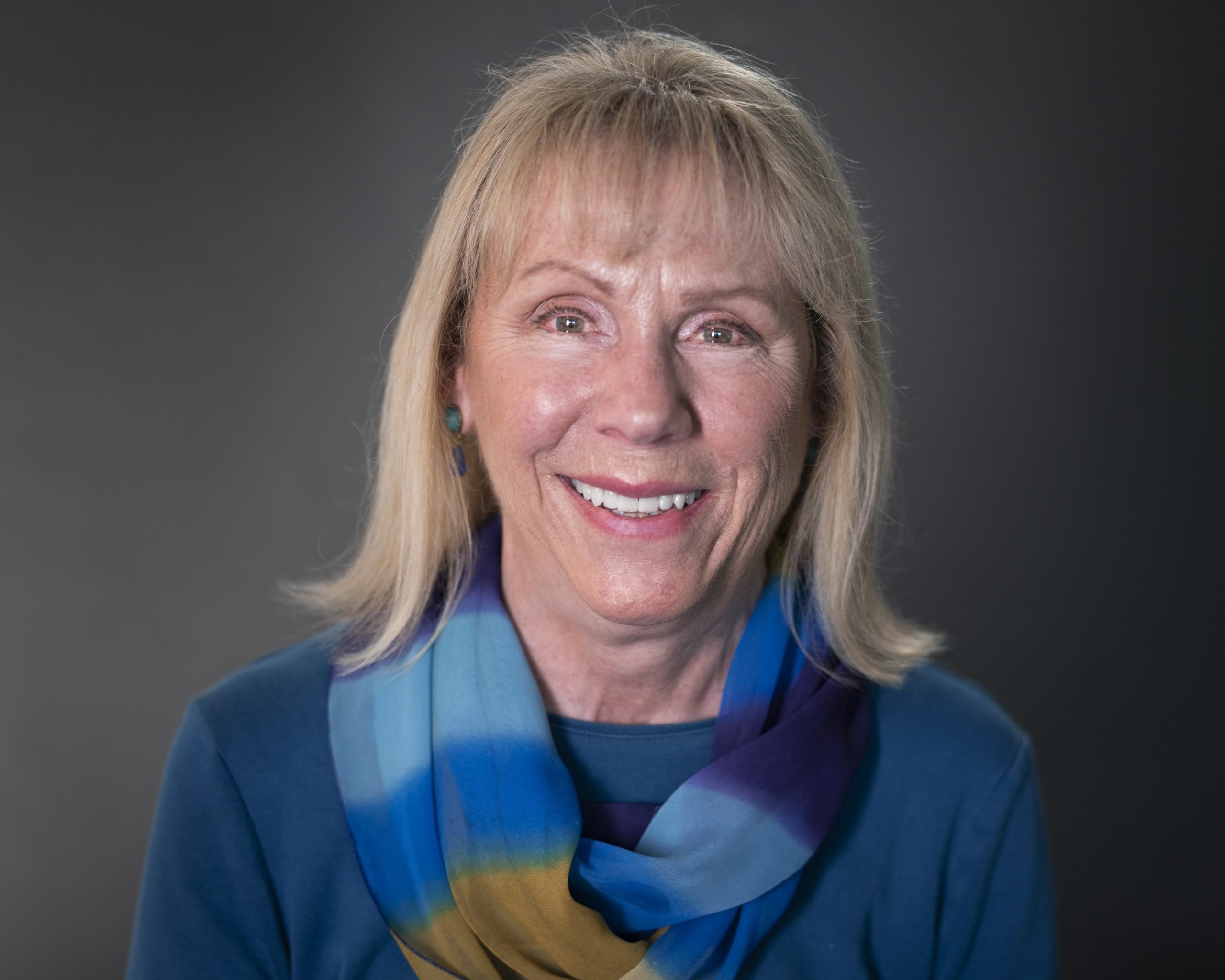 Growing Up. Over the course of five decades, Tamra Peters has demonstrated her passion to protect the natural world. She grew up in the 1950’s in Arlington, Virginia, playing in the woods and fields with her brother and the neighborhood kids. There was always something to discover and learn about—from butterflies to turtles. Being in nature was where Tamra felt connected and happy. But over the decade, she watched with helplessness as her special places in nature disappeared and were replaced with homes and schools for her baby boom generation.

Meaningful Work. When the time came to choose her first job, what the organization did was more important than what she would earn. She chose a little nonprofit with 15 employees called The Nature Conservancy. Over 11 years, she worked her way up from secretary to National Director of Volunteers and finally  became the first State Director in Arizona. When Tamra left, the Conservancy had 350 employees nationwide.

The Allure of San Francisco. Drawn by the allure of San Francisco, Tamra moved there in 1981 and again looked for meaningful work. She found it at groups like the Peninsula Open Space Trust and Rainforest Action Network and became the Western Office Administrator and Development Director at the Natural Resources Defense Council. During her time there, NRDC forced dangerous pesticides off the market, made strides to produce more efficient appliances, and helped push the U.S. to sign a global agreement to phase out the CFCs that were creating a hole in the ozone. Tamra saw that big problems could be solved.

Board Service. Tamra served for seven years on the board of EarthShare California, which sought to fundraise for environmental groups in the workplace. She had stepped in as acting executive director when the United Way blocked EarthShare and the Black United Fund from gaining equal access to workplaces.  Tamra shepherded through a lawsuit against United Way that forced it to allow open campaigns. The success spawned EarthShares in four more states and led to a national organization.

During Tamra’s almost two decades on the board and as board president of the Strong Foundation for Environmental Values, the foundation provided over $1 million in grants to grassroots environmental and environmental justice organizations. She also served on the board of Sustainable Marin, where she and other board members fought to create Marin Clean Energy, the first agency of its kind to supercharge the delivery of renewable electricity in California.

Education. Tamra earned a Bachelor’s Degree from Antioch University and a Masters Degree in Organizational Development from the California Institute of Integral Studies. Her thesis was on Environmental Responsibility Within Organizations. It showed that employees and the public would look more favorably upon businesses that took a “green” action like recycling. She also found that the person most likely to want to recycle was a young, female clerical worker who lacked the skills to sell the idea to management.  So Tamra developed a guide called “Working With Nature” to teach workers how to do that.  The City of San Francisco purchased and deployed 500 copies.

Marriage. Working as Executive Director of San Francisco Friends of the Urban Forest, Tamra met her future husband, board member Bill Carney. Like Tamra, Bill’s love of nature showed in his work as a landscape architect at the San Francisco Redevelopment Agency. They were married three years later on Mount Tamalpais, overlooking the expanse of the Pacific Ocean.  In 1988, they moved from San Francisco to Marin and knew they had found their “home.”. Their decades-long marriage has included visiting six continents, from the Amazon rainforest to the savannas of Africa.

Loss. The turn of the millennium ushered in a challenging time in Tamra’s life. It started with a phone call at work saying that her brother Terry was in the ER with kidney failure and a tumor the size of a grapefruit in his brain. It was a deadly cancer. Tamra and Bill flew to Virginia, where her aging parents also lived. After two craniotomies, Terry could not go home because there was no one to look after him. Tamra quit her job and moved back east to care for him and her declining parents.  It was the most difficult time of her life. The stress sent her to the emergency room, where the doctor told her she needed to go home to California for at least a week at a time. Within two years, she lost her whole family – her brother, mother, father and aunt.

What Next? After several years of grieving and settling her family’s affairs, Tamra searched for purpose. She and Bill began going to Unity in Marin, where they started a group called ECOS that focused on the study of ecology, cosmology, and spirituality. Tamra taught the classes, and Bill led walks in nature. Practicing her principles, Tamra worked to certify Unity as a Marin Green Business, the second religious institution in the Bay Area to be certified.

“Yes We Did.” In 2008, Tamra ran the phone bank at Marin Democratic Headquarters in San Rafael, with Bill running a partner phone bank at their home to accommodate all the callers. The callers grew to 1,300 and San Rafael was selected to be one of 250 phone banks nationwide to work directly with Obama’s Chicago headquarters to get out the vote in swing states over the final days before the election. Altogether, Marin volunteers made 126,000 calls in less than three months. “Yes We Did,” Tamra and Bill proclaimed as they received awards from the Marin Democratic Party for their efforts.  The experience showed Tamra what motivated people in Marin could accomplish.

The Challenge of Climate Change. By 2009, after 40 years of environmental advocacy, Tamra may have earned the right to step back. But with climate change threatening both people and nature, she felt compelled to act.  She learned that 65  percent of Marin’s CO2 emissions come from residents, not government or business. Tamra believed she could work with people in Marin to make a difference. So she leveraged her background in organizational development to bring the fight against climate change to the people and place she loved. She created Resilient Neighborhoods (RN), a behavior-change program that inspires climate action.

Resilient Neighborhoods. RN recruits people to form Climate Action Teams of seven or more households that meet five times over a two-month period. Each household sets a goal of reducing at least 5,000 lbs. of CO2 emissions and earning 2,000 resilience points for strengthening their community. After calculating their baseline carbon footprint and reviewing over 100 possible actions, people choose the ones they want to take in the areas of home energy, transportation, waste, water, consumption and food, emergency preparedness, and building a climate movement. At the final class, team members add up their actual accomplishments and graduate with their teammates as climate action leaders.

Ten years after Tamra launched Resilient Neighborhoods, her mostly volunteer work, often committing 50 to 60 hours a week, has accomplished a lot.  Over 1,400 program graduates have reduced household CO2 emissions by an average of 32 percent , eliminating 8 million pounds of emissions annually. They have also protected themselves against the impacts of climate-linked disasters, with 80 percent of participants completing an Emergency Plan for their family and 95 percent  gathering emergency supplies.

Saving a Woods from Development. In 2017, Tamra and Bill saved 3.1 acres of woodland from development, expanding an existing San Rafael open space preserve of 30 acres.  The land features one of the last remnants of the historic stagecoach road that once ran from San Rafael to Bolinas. Working with the Marin Open Space Trust, they organized support for the project and donated the funds to save the land and transfer it to the City.   A plaque at the trail entrance acknowledges their gift and shares their reason for saving the woodland, harkening back to their mutual love of nature: “For the creativity of earth left free, for the people and creatures who through the years will journey on this trail, and all the ones who’ll make this place their home.”

Awards.  Tamra has been recognized with numerous awards, including: San Rafael’s Co-Citizen of the Year Award in 2017 (with Bill), Marin Conservation League’s Award for Environmental Leadership, MCE Clean Energy’s Charles McGlashan Advocacy Award, and Special Recognition from Congressman Huffman and the California State Legislature. In 2020, she will be inducted into the Marin Women’s Hall of Fame and was chosen to receive the KPIX television’s Jefferson Award.