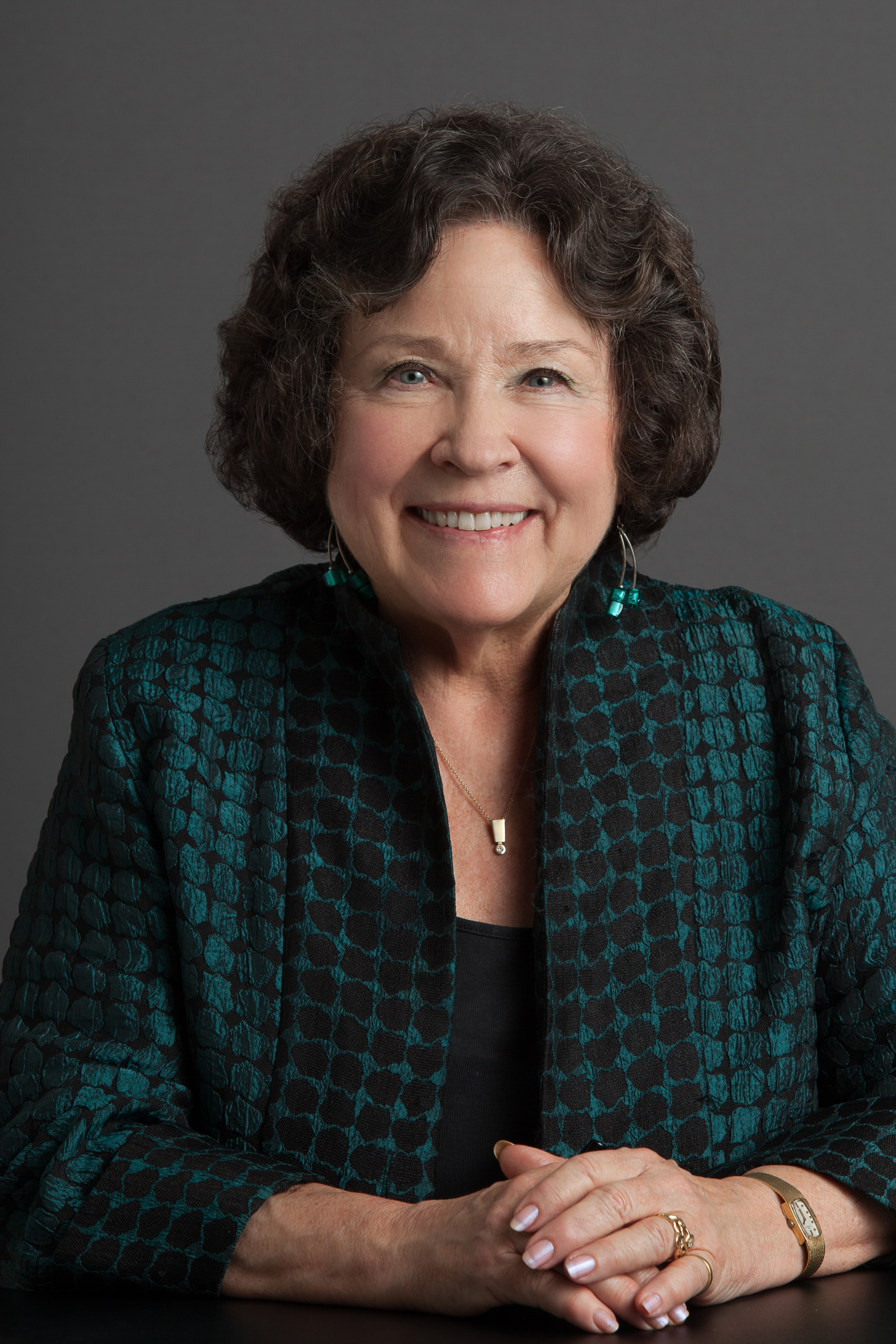 Trisha Garlock has been a leader in the school foundation movement since its inception almost 40 years ago and hasn’t stopped since co-founding Kiddo!, the Mill Valley Schools Community Foundation, and currently serving as President of SchoolsRule-Marin. Trisha’s dedication to providing an equitable and rich education for all imbues everything that she does and is an inspiration to those who work with her. Without Trisha’s dedication over the decades, education in Marin County would not be what it is today, first through her impact as a leader in Mill Valley and now through her leadership of the countywide organization dedicated to equity for all school children in Marin–SchoolsRule.

In the early 80’s, not long after Proposition 13 passed, the Mill Valley School District was facing serious budget cuts and Trisha Garlock and her next-door neighbor, Penny Weiss, founded Kiddo! to save art and music in the district. Kiddo! has since become an essential part of every Mill Valley students’ school day, answering every call and increasing its scope far beyond its original focus on the arts.

Initially, Trisha thought Kiddo! would be a stop gap measure, but the unfortunate reality is that school funding in California remains among the lowest in the nation and Trisha’s current efforts are as critical as ever. The need for private support for public schools is never-ending and is only matched by Trisha’s unrelenting dedication, leading to her current role with SchoolsRule-Marin, an organization that is dedicated to serving every student in every public school in every district in Marin.

Born in Bakersfield, Trisha grew up in California in the 50s and 60s when public schools were among the best funded in the country. She took advantage of the wonderful public school arts programs and developed an enduring love for and appreciation of the arts. Trisha’s parents instilled in her a love of learning and deep respect for education and public service. Both were involved in local public schools, her mother as a speech therapist and her father as a school board member. Trisha’s can do attitude came from her grandmother, who was a feminist ahead of her time, travelling the western states lecturing on the power of positive thinking.

As an undergraduate, Trisha attended Stanford University, graduating in 1970 with a major in art history and a minor in communications. In addition to academic classes, Trisha also enrolled in many art and design classes. Next was the University of Michigan for a master’s, where she met her husband, Jim.

The arts, education and giving back have always been central to Trisha’s core values and have guided her professional career in the non-profit world. After 2 years in Michigan, Trisha and her soon to be husband, returned to warmer weather and the Bay Area, where she worked at the Artists’ Gallery at the California College of Arts and Crafts in Oakland. Soon after, she was hired as the executive director of the World Print Competition which organized biennial exhibits for printmakers around the world at the San Francisco Museum of Modern Art from 1973 through 1979.

In 1975, Trisha founded the World Print Council, an organization that supported printmakers worldwide. She continued to organize the biennial exhibits as well as facilitate communication and sharing resources among printmakers through newsletters, exhibitions, conferences and workshops. In 1978, she organized an international handmade papermaking conference and brought a Japanese National Treasure papermaker to San Francisco for the first time, helping the Bay Area become the center of the handmade papermaking movement.

In 1981, when Trisha’s son and oldest child was just 2, her Mill Valley neighbor, Penny, mentioned that the local schools were losing their art and music classes because of Proposition 13 cuts. Trisha knew the importance of the arts in education and refused to stand idly by; thus, Kiddo! was born.

Trisha served as Executive Director of Kiddo! for 32 years, retiring in 2014 after raising more than $30 million and benefiting tens of thousands of students. Over the years, Trisha worked with Mill Valley School District administrators and teachers to first save the art program and then to help grow it into a model arts education program. Trisha also spearheaded the establishment of one of the first endowments in the country for elementary public schools, which, upon her retirement, was renamed the “Kiddo! Endowment for the Arts” in her honor.

Trisha’s leadership style and the organization she founded, Kiddo!, have long been models for school foundations nationwide and Trisha shares her expertise individually as well as by serving on panels across the United States.

During her time at Kiddo!, Trisha always felt that ALL kids, not just those in Mill Valley, deserve an education that includes the arts. This deeply held belief in equity for all led to Trisha playing a leadership role in founding SchoolsRule in 2011. Working with Mary Jane Burke, Marin County Superintendent of Schools, they brought together education, business, government and community leaders to join their shared vision of bringing equitable funding for all students.

SchoolsRule-Marin is a coalition of 20 public school foundations, working together to benefit every public school student in Marin County. At the heart of SchoolsRule-Marin lie two fundamentally important principles: one, that all children, in all schools, deserve the best possible educational opportunities, wherever they may live; and two, that we all have a collective responsibility to look beyond our neighborhoods and individual school districts to ensure that all schools have the necessary resources to fully meet the needs of their students. Most think of Marin as a wealthy community and don’t realize that deep inequalities lie under the surface, with 25% of children county-wide qualifying for free and reduced lunch. This inequality is echoed in the inequity of resources that school districts in Marin have to devote to their students.

Marin districts rely on the generosity of their communities to fund basic programs through their local school foundations because state funding is still among the lowest nationwide. Districts located in affluent areas are able to raise millions of dollars to support their schools, while leaders in less affluent districts who work just as hard, are simply unable to raise the same level of funding. By working collaboratively, all of the Marin County public education foundations, united as SchoolsRule-Marin, provide additional funds for all students to support programs in the areas of literacy, the arts, health and technology.

While much has been done, Trisha sees how far we still have to go to provide equitable opportunities and programs for all Marin County children. Education is the cornerstone of our community and Trisha is leading the effort to bring leaders in education together to provide each and every Marin County public school child with a well-rounded, balanced education.

Trisha has lived in Mill Valley for 45 years with her husband, Jim, without whose patience and support, she would not have been able to accomplish what she has. There they raised two children and were thrilled to welcome their first grandchild in 2017. Trisha also enjoys studying Italian, traveling, volunteering at the Outdoor Art Club, painting and taking art classes at the College of Marin. Trisha received a Milley for her contributions to the creative life of the Mill Valley community in 2003, and was named Mill Valley Citizen of the Year in 2009. Trisha Garlock has dedicated her professional life to education and the arts and is most honored to join the group of remarkable women recognized by YWCA and the Marin Women’s Hall of Fame.